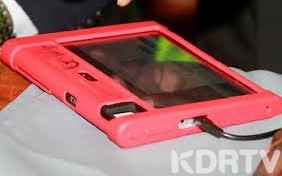 A Nyamira County Census official has been put on the spot after exchanging work machinery for beer just a few hours to the project.

The official who has been identified as an IT expert went to a drinking joint to quench his thirst, after finding out he did not have any funds, he resorted to mortgaging the gadgets including a computer and a power bank as collateral.

This has infuriated many people, especially social media users.

The incident was confirmed by Nyamira County Commissioner Amos Mariba through a phone interview.

“The officer wanted an alcohol loan and in turn opted to surrender the gadgets that are to be used in the upcoming census. The amount of beer consumed is unknown, but the official has already been arrested,” said Mariba.

The head of statistics in the region Japhan Wachiali expressed his disappointment in the officer adding the gadgets had already been recovered and the official replaced.

“The ICT supervisor was issued with a tablet and a power bank that were discovered missing since Wednesday. It was traced and found, before the scenes of the official uncovered,” said Wachiali.

Initially, the officer had disappeared and gone into hiding.

CENSUS OFFICIAL arrested in Nyamira County for using a tablet and power bank as collateral in a bar after failing to pay bills. pic.twitter.com/RchMXcjj9c

However, a search traced him and located him near a drinking spot and he was arrested immediately.

The Homabay County Commissioner sent a stern warning to other officials who would be engaged in the same actions.

He insisted that the gadgets were government projects that would result to serious consequences in case of loss or tamper.

Ideally, a last minute security meeting was conducted to ascertain the efficiency of the gadgets and the productivity.

A ban was issued on prayers during the night that census is to be conducted and all residents were advised to stay indoors and await the program.