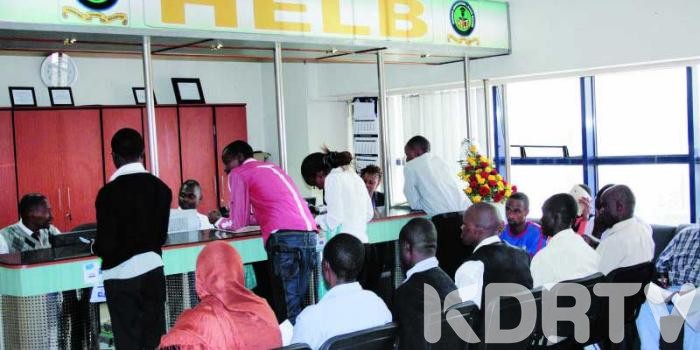 (KDRTV)-The Higher Education Loans Board (HELB) has written off Ksh55.6 million in debt owed by the students

KDRTV confirmed in a help statement dated Saturday, January 14, where helb chief executive Charles Ringera said that the board was compelled to write off the amount after realizing that the funds were allied to 653 beneficiaries who had since died, 110 lost their lives in a tragic April 2015 in the Garissa University attack that claimed the lives of more than 150 people

According to the helb official, helb is currently handicapped and could be unable to provide loan to the eligible 113, 953 students in the 2019/2020 academic year

Ringera also stated that the institution is struggling to recover previous to bolster the Kshs15.5 billion allocated for the academic year ending 2020.

“If the target of Ksh4.9 billion is not achieved, a third of the 370,000 students in universities and technical and vocational education and training (TVET) colleges will not get loans for remaining part of the 2019/2020,” Ringera was quoted.

KDRTV understands that helb is currently having a hard task to recover Kshs 7.7. billion that he gave to past students who have since failed to pay back the loans.

Helb had previously threatened to publish the names of defaulters in newspapers, a move that was fiercely faulted by a section of Kenyans including leaders.

“Please take note the names and pictures of Helb loan beneficiaries who have defaulted repayment of the loan from 1975 to date shall be published in the leading newspapers.

“The names will be published after the expiry of 30 days from the date of this notice and thereafter legal action may ensue against each defaulter as stipulated in the Helb Act,” the notice published on November 13, 2019, reads. 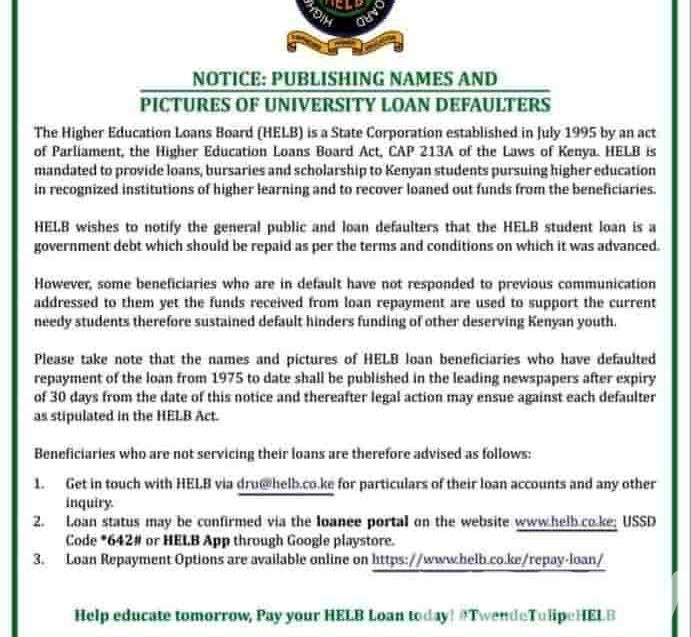