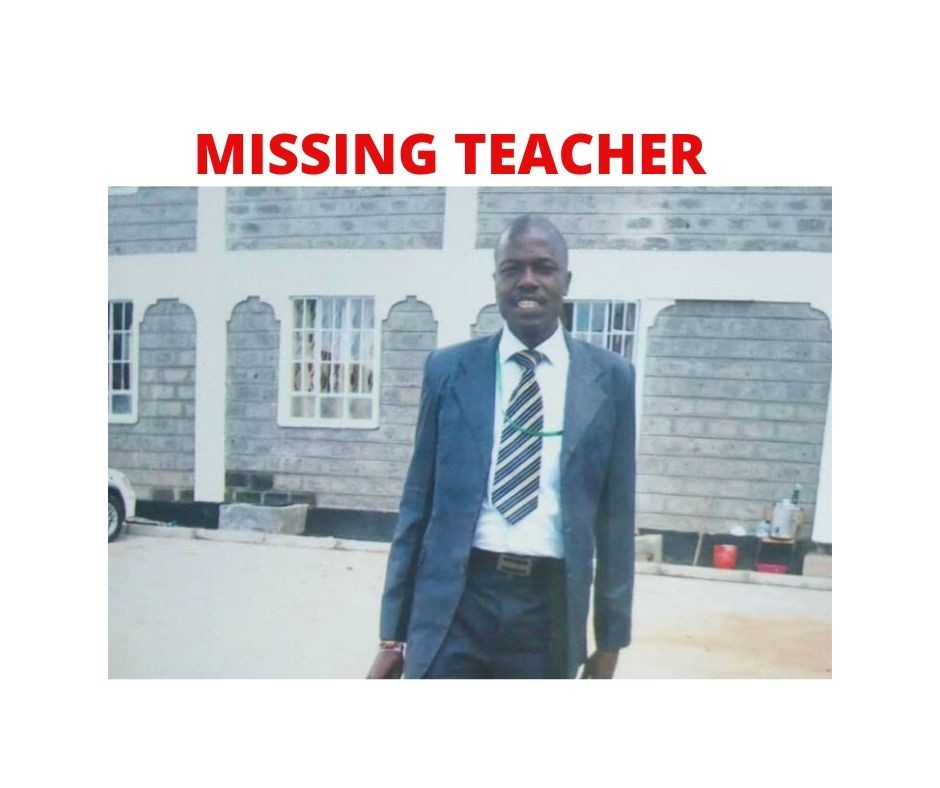 Moses Odumbe, a teacher at Kogana Primary school in Homa Bay County has gone missing after he traveled to Nairobi for Kenya Certificate of Primary Education (KCPE) marking.

The marking ended more than two weeks ago at St. Goerge`s Girls Secondary School in Nairobi.

According to his wife, Joice Odumbe, the father of six arrived Nairobi and spent a night at is nephew`s home Kikuyu, Kiambu County.

The following day, he woke up for the examination marking center.

Joyce revealed that prior to his departure from home, her husband told her that phones were not permitted in the examination marking the center and that he could be offline most of the time.

However, Joyce began getting worried when the husband could not call them even when they were free.

“By the time the (KCPE) exam results were being released, my husband should have returned home because marking exercise had ended,” she said.

With the help of relatives in Nairobi, Joyce was accompanied to the Kenya National Examination Center (KNEC). She was informed that the missing teacher had signed in on the first day but never returned the following day.
Read also:Ruto’s Daughter Abby Passes KCPE With Flying Colors

“If he signed in on the first day but failed to return to the marking centre, KNEC should have notified us that he was missing,” she said.

The family reported the incident to Kendu Bay and Kilimani police station in Hom Bay and Nairobi Counties respectively.
Subscribe to watch latests videos
In this article: