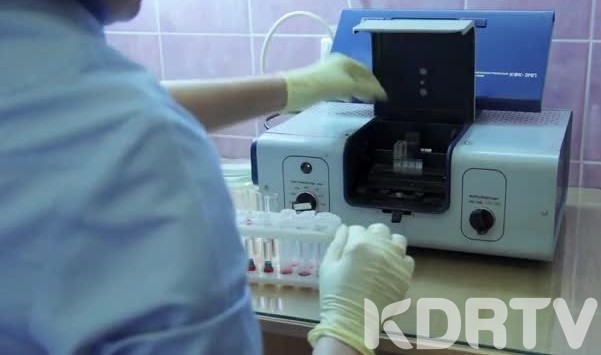 Dead Beat dads have been put on the spot after the government unveiled a DNA test kit that analyzes paternity samples within the first 45 minutes.

According to the government Chemist officials, a new hi-tech machine has been installed in the big towns of Mombasa, Kisumu and Nairobi to aid in collection and analysis of samples from different scenes.

This will not only aid in crime related activities but also flash out dead beat fathers who disappear and avoid taking responsibilities of the children they sire.

“This new machine is faster and enhanced, designed to work for longer hours. It can handle 24 stains within 45 minutes and produce results at less stipulated time. This is aimed to solve many pending cases in courts regarding paternity and crimes,” said he Government Chemist Ali Gakweli.

Over the years, many cases have gone without being probed while other thrown away due to lack of DNA match as evidence.

For instance, crime related cases require proof of presence at the scene of crime and this is possible through DNA sample analysis.

Ideally, fathers have neglected their kids and denied their responsibilities simply because they were unsure of being their biological parents, or just out of negligence.

This machine will put a stop to that and make the cases easier and less tiresome.

The most recent case regarding DNA match and confusion was relating to the famous Kakamega twins who were exchanged at birth in the hospital.

The case took longer than expected with the DNA test costs being expensive to conduct and also taking longer for the results to be ready.

Another renowned case was regarding the deceased Kibra MP Ken Okoth who had a child outside wedlock.

The revelations of the scenarios during his memorial were horrifying and with this new technology,the matter would have easily been laid to rest.

This is a relief for single mothers and children with the thirst to quench identity of their true and biological parents.

It is a step in the right direction and although the machines have been planted in specific cities in the country, it is only a matter of time before they are widely distributed in the counties.