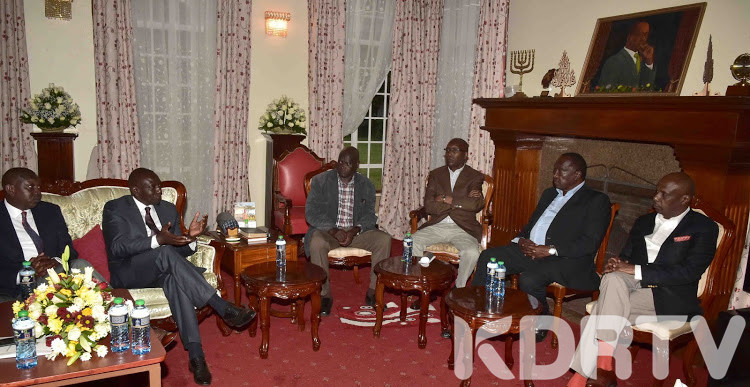 (KDRTV) – The palatial Kabarnet Gardens Home, the current Nairobi residence of the late former President Daniel Moi, was once a public property.

Built at independence, the posh home along Ngong Road on the outskirts of Kibra slums was the official residence of the sitting Vice President. Kenya’s first two VPs Oginga Odinga and Joseph Murumbi stayed at the residence between 1964 and 1967.

When Daniel Moi was appointed Vice President in 1967, he officially moved to the residence. However, Moi refused to vacate the home when he became President following Mzee Jomo Kenyatta’s death in 1978.

Mwai Kibaki was appointed Vice President in 1978 but Moi did not vacate the house for him.

According to former Statehouse Comptroller Franklin Bett, Moi rarely spent the night at Statehouse in Nairobi. He would contact his official duties at Statehouse during the day and retire to his Kabarnet Gardens ‘Residence’ at night.

“Not a single day for all the time I knew him and worked with him did he ever sleep in State House. He retreated to Kabarnet Gardens whenever he was in Nairobi, and Kabarak when in Nakuru,” Bett said as quoted by a local daily.

This happened during his entire 24-year period as the head of state until the home became his private residence.

When Kibaki became President in 2002, some powerful Narc Government officials wanted to reclaim the house from Moi, claiming it was to be the official residence of the late Vice President Wamalwa Kijana.

However, Kibaki declined to do their bidding and ordered then land Cabinet Minister Amos Kimunya to process a title deed in the name of the former President. The deed was processed in a record one week.

In 2005, the government began the process of constructing a new official residence for the Vice President at Karen. That is where the current Deputy President William Ruto resides.