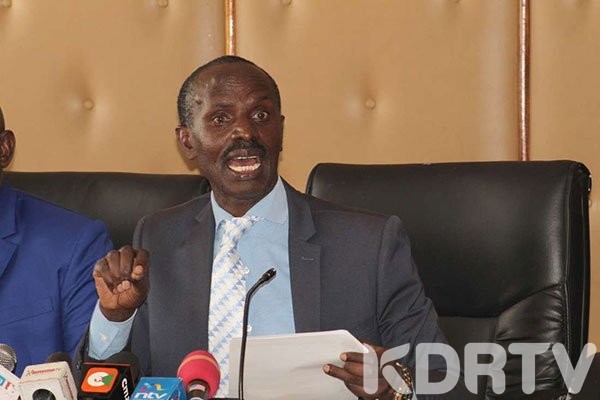 Mid this year, the Labour and Employment Relations Court made another ruling against the Teacher Service Commission (TSC). The teachers’ employer had gone to court seeking to have the promotion of teachers based on existing vacancies and performance, TSC called it Career Progression Guidelines (CPG).

This was another huge win for The Kenya National Union of Teachers (KNUT) which insisted that promotion of their members should be based on the schemes of service. The court agreed with the union.

But the court ruling turned out to be a short term victory for KNUT and it is the genesis of the problems they are facing now.

TSC under its CEO Nancy Macharia did not take the ruling lightly. It made its first major assault on KNUT, it refused to increase the salaries of 103, 624 union members under the 2017-2021 Collective Bargaining Agreement. It mischievously increased the salaries of teachers who were not members of KNUT.

The commission argued that it was complying with the Labour Court Ruling. It said the CBA was based on the CPG guidelines which the labour court had ruled against. In other words, the commission was telling teachers that they can get their salary increments if they ditch KNUT.

But it didn’t stop there, on July 29, TSC announced plans to deregister KNUT Secretary General Wilson Sossion from the teachers’ register. Sossion was accused of paralyzing implementation of the Competency-Based Curriculum and joining national politics.

Formed in 1957, KNUT is one of the oldest trade unions in Kenya. The union has stood the test of time due to the unity of its leadership. But things have not been good this year as top leadership engage in sibling rivalry.

Nancy Macharia thinks she is immortal and a supremo at TSC. You have over stepped your mandate.We shall invoke the spirits of famous unionist like Tom Mboya and you will walk naked on these streets.

Part of the union led by Deputy Secretary-General Hesbon Otieno and Treasurer John Matiang’i staged an unsuccessful coup to oust Sossion in August. Instead of fighting TSC, KNUT was fighting itself.

Those fighting Sossion claimed that his hardline stand against their employer was the reason TSC had refused to increase their members’ salaries.

The infighting was partly tribal as the central and Nyanza regions wanted one of their own at the helm of the giant union while Rift Valley and Western remain steadfast behind Sossion.

As KNUT leadership was fighting, TSC was plotting another move that would kill the union. It refused to remit member contributions to KNUT. Each teacher contributes 2% of their salary to the union. The move crippled operations at TSC headquarters and its branches.

But its the last move that put the last nail on KNUT’s coffin. On its portal, the commission simplified the process of terminating union membership. Remember, these were the same teachers who had been denied a pay rise because of belonging to KNUT, they were now given a simple way out.

At least 18,000 teachers exited KNUT in August alone. The number has since increased to more than 90,000 and counting.

Having achieved her goal, Nancy Macharia announced on Monday that the commission will terminate its 51-year agreement with KNUT citing shrinking membership. The same members they had helped ditch the union.

Teachers Service Commission and specifically Dr. Nancy Macharia is now being too toxic on its relationship with KNUT.

Unions hold an important place in society. Relationship with employers is partnership. Partners disagree from time to time but that relationship cant be killed. pic.twitter.com/NRn4d590Ad

KNUT does not have the majority of teachers and therefore cannot be recognised as a union. The Labour Relations Act stipulates that a union must command a membership of a simple majority.