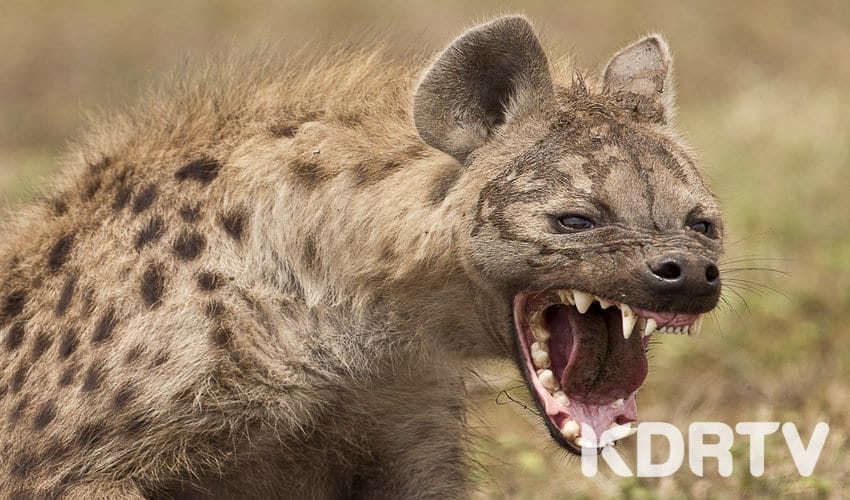 A middle aged man was hospitalized after a hyena attack that left him without the right leg.

The man, from Kyeleni village was attacked by a hyena that mauled on his right leg through a fight that ensued as he tried to escape free.

He was heading home from the local shopping center before the encounter ensued.

There have existed various wild animal attacks in different Counties, with the latest being in Narok.

This incident featured a stray hyena that attacked and in injured three people at the same go.

The middle aged man after trying to defend himself from the attack to no avail, decided to wail and scream hence catching the attention of other passers by.

They came to his rescue and helped while the beast was chased away, and is in hospital receiving treatment.

The KWS officer affirmed the incident adding that the victim was in stable condition and that various steps would be taken to ensure the wild animals are kept off human infested areas.

Incidences of stray wild animals have been quite on the rise recently.

For one, limited control can be done as they are wild animals and there is never certainty of what is expected in the future on whether they would stray or not.

However, necessary procedures are required to protect human life by separating the animals from humans.

Ideally, the Kenya Wildlife Services were called upon to be more vigilant and awake in identifying such gaps to prevent more lives from being lost.