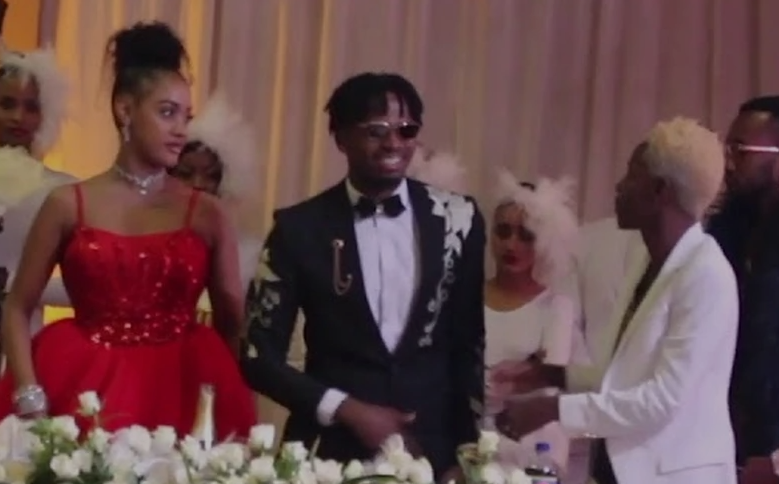 Comedian Eric Omondi was invested a lot in Diamond Platnumz and Tanasha Donna’s union, and watching it crumble in less than six months hurt him beyond words.

“I was really hurt by their break-up because I personally brought Tanasha to Dar es Salam and gave her out to Diamond,” said the comedian while speaking to Tanzanian reporters.

The relationship was so short that Simba didn’t even get a chance to pay up the dowry. Omondi however, doesn’t was to see his good friend use that as an excuse not to pay the remainder of the dowry.

“Diamond had not even finished paying the dowry, I was the one who was receiving it and taking it to Kenya,” said.

“So he still has a debt. And he must pay because he has a son in Kenya, Naseeb Junior. They will talk with Tanasha, but he should give me my money as the negotiator.”

Omondi further said that the two are not in bad terms and hopes they one day get back together to raise their kid Naseeb Junior.

“They are OK. Such is life. They are not really in bad terms but have failed to agree,” he added.

“That is what parenting is. Today you are on good terms, tomorrow you are not. Parenting will bring them together.”