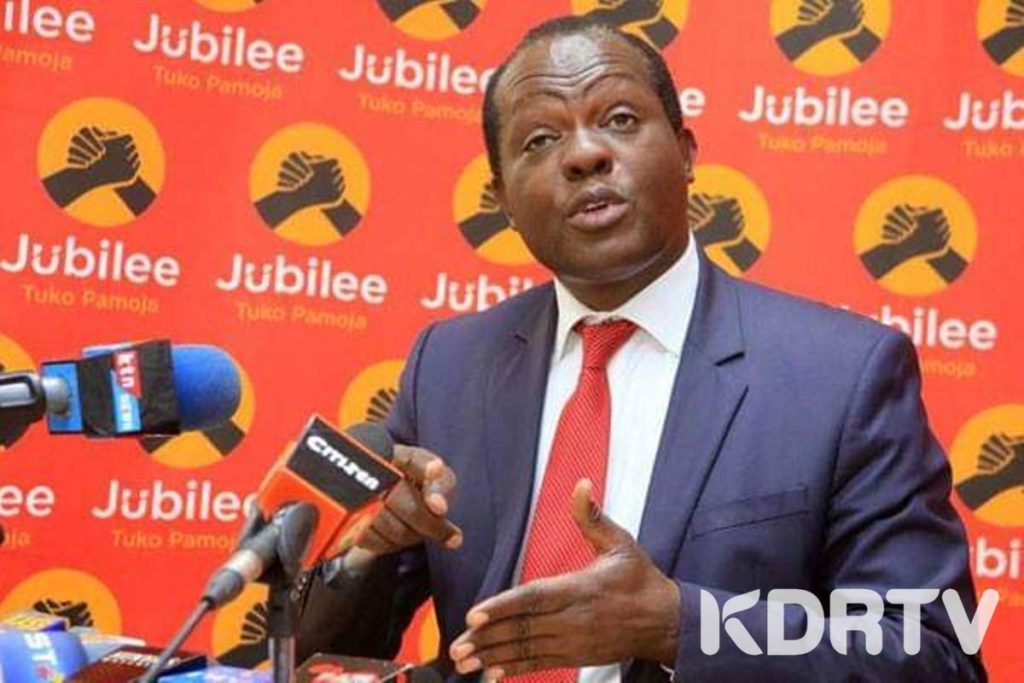 Jubilee Secretary General Raphael Tuju has downplayed Sunday’s attack by Deputy William Ruto, saying he will not engage the DP in a public exchange. The Cabinet Secretary without portfolio has instead insisted he is focused on President Uhuru’s agenda of fighting corruption as well as the handshake.

“It is my position that I cannot engage the DP through the media since he is my boss just as it is also my position that I support the President’s efforts to unite the country through bold steps such as the Building Bridges Initiative, the handshake and the fight against corruption,” said Tuju.

On Sunday morning, DP William Ruto in a tweet wondered how Tuju, a Secretary General of the ruling party was working with Raila Odinga, whom he perceives to be the opposition. Ruto went ahead to accuse Tuju of being an opposition strategist within the Jubilee Party.

”So our democracy is so liberal that the secretary general of the ruling party has become the chief strategist of the opposition!! Maajabu,” said Ruto in a Sunday morning tweet.

DP Ruto’ allies have for a number of weeks now been at loggerheads with Raphael Tuju, calling him a Raila Odinga apologist within Jubilee party. They have been accusing him of doing Raila’s biding in Jubilee and as such want him hounded out of the party. However, Tuju has stood his ground, vowing not to be shaken by the group.

The Sunday tweet, from DP Ruto drew a mixture of reactions from the public, with Gatundu South MP telling him Jubilee Party is already dead.

“Dear my good friend Deputy President William Ruto. Jubilee went into political bankruptcy on March 9, 2018. The nature and configuration of Kenya’s politics forced us into bankruptcy. Raphael Tuju is only a receiver-manager. Don’t attack the messenger please,” he said.