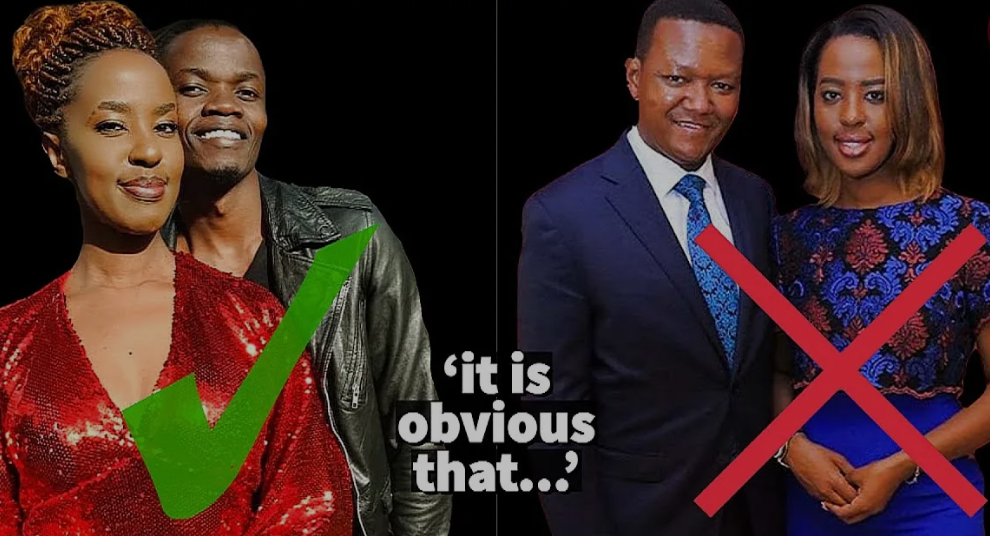 Rapper Juliani is now scared for his life after speaking out regarding his relationship with former Machakos County First Lady Lilian Ng’angá.

On social media, Juliani said that he has received a phone call from an unknown number that threatening him over the relationship.

He further angered a section of social media users by saying that people should stop accusing him of stealing Lilian from Mutua.

“How now can you “iba mtu”?! An intelligent adult with a sound mind,” he said.

Juliani on Twitter addressed the rumors saying that it’s now in the public that he’s with Ngángá.

He however didn’t confirm that they are a couple, leaving that to the rumor mongers to have a field day.

“Asante sana for all who’ve reached out the past couple of weeks. Mola awazidishie,” he said.

“No need for a statement about the obvious issue. I know you can think for yourselves. Draw your own conclusions. I believe in you.”

There was a Ninja who was bragging as you are as he munched Tuju’s wife. Eventually he has been forgotten as he violently lays 6 ft under somewhere in Luo Nyanza. Na alikuwa a well trained GSU, wewe hata mwiko ni shida kutumia😂

Juliani and Lilian have been rumored to be dating for the better part of this year.

Even though the two tried as much as possible to keep it under the wraps, Kenyans soon found out after fans took photos of them and started sharing online.

On Sunday, August 15, Nganga took to her Instagram account and let her followers know that she had separated from Alfred Mutua and was stepping down as Machakos County First Lady.

“Winds of change blew my way and two months ago, I decided to end my long term relationship with Dr Alfred Mutua. We had a good run and I am forever grateful to God he brought us together. We remain friends,” part of her post read.