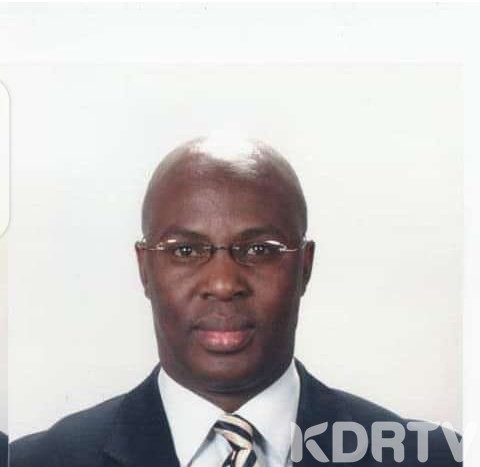 Walibora’s remains were traced to Kenyatta National Hospital on Wednesday. He was killed by a Matatu along Landhies Road on Friday last week.

Siku Njema author & journalist Ken Walibora’s body found at KNH mortuary after he was knocked down by a matatu on Landhies road in Nairobi last Friday. pic.twitter.com/ucXWUmj39S

NTV Journalist Dennis Okari was among the first people to confirm Ken’s demise.

I read your set-book in high school and later worked with you at NMG. I will not forget your infectious calmness and good humour. It was an honour. RIP Prof Ken Walibora. Death is cruel. #RipKenWalibora pic.twitter.com/VBlZp2rhce

We are still trying to get to the bottom of the matter and will give updates as soon as we find them.

He is regarded as one of the most prolific writers of our time with works cutting across the four main genres of literature—the novel, the short story, the play and the verse.

Ndoto ya America, Kidagaaa Kimemuozea and Naskia Sauti ya Mama are some of his widely accepted works.

Of course, he also wrote in English but according to his LinkedIn Profile, he preferred communicating in Swahili.

“Kiswahili is my language of choice in writing creative works, although some of my critical and academic engagements are necessarily in English. If I had all the time in the world, I would be writing and reading Great Books only, of which the Bible is foremost,” he said on his profile.

Professor Walibora was born in Bungoma County, the family later moved to Kitale and settled in the nearby Cherangany. This explains why most of his stories are set up in the region.

His father was a school headteacher who loved Kiswahili and this inspired the young Ken Waliaula.

However, he says that he got most lessons from his mother.

Crowing up, Ken was never an A student but the encouragement from his mother encouraged him to pursue greatness.

Ken has been a senior lecturer at Riara University since 2018. He also headed the Kiswahili Department at Nation Media Group.