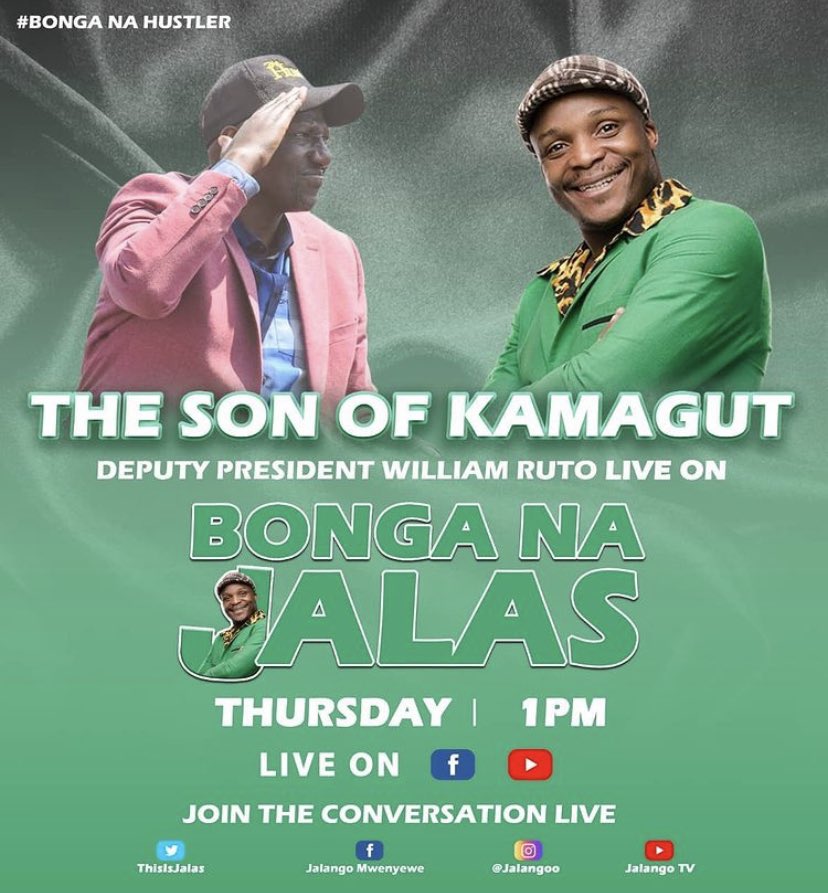 Jalango announced that the highly anticipated interview will be broadcast live on Facebook and YouTube from 1PM on Thursday.

This will be Ruto’s first interview on a digital media platform. The DP is a big fan of social media.

The DP has kept off the limelight since he suspended his political activities due to COVID-19 early this month.

It is not clear if Jalango will discuss politics with the DP, or the interview will be soft.

Ruto has been in the spotlight this week after reports emerged that Jubilee Party is plotting to remove him as Deputy Party leader.

It will be a big interview for the Kiss FM presenter who launched his online Jalango TV a year ago.

Ruto is the biggest guest that the comedian has brought to his show. He has previously hosted ANC leader Musalia Mudavadi.

That’s the beauty of social media and the digital space at large. It’s an equalizer. There may be many moons to go before we get it, but where we are, isn’t a bad place. Five years ago, such an interview, may have been a pipe dream. It was a mainstay of mainstream platforms. pic.twitter.com/Tsrwh4Op2x

The interview, which is arguably the biggest in the Kenyan digital industry might mean a paradigm shift from mainstream media. Digital platforms are not only threatening mainstream media outlets but now competing them in content and advertising revenue.