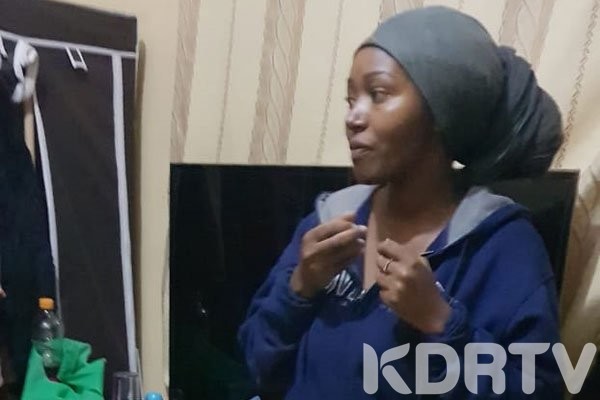 Police in Nairobi are holding a JKUAT University student who was arrested at the house of one of the most wanted drug dealers in the city.

Caroline Nyambura Gituma was arrested at a house in Juja, Kiambu County. Police say she was found in possession of narcotics though they didn’t specify the kind of drugs she had. The house she was arrested in belongs to Hilary Wanjiku Wachira, one of Nairobi’s most notorious drug dealers.

Wachira had been arrested along Limuru road on Friday evening after a tip-off from the public and he is the one who led detectives to Juja where Ms Nyambura was nabbed.

Mr Wachira is believed to be a very dangerous criminal who broke out of prison under mysterious circumstances in May this year. He had been arrested in Mathare Slums with packets of Heroin.

“He later escaped from police custody under mysterious circumstances, leading to the issuance of a warrant of arrest,” a source within the police told a local daily.

He is believed to be an underground operator who has evaded police severally because of operating in secrecy. Sources state that he mainly targets students and slum dwellers with his ‘merchandise.’

Detectives have intensified the crackdown on drug cartels across the country this year. Bhang worth millions of money has been nabbed in the operation.

Currently, there is a shortage of bhang in Nairobi due to the crackdown. Prices of the commodity have also skyrocketed.