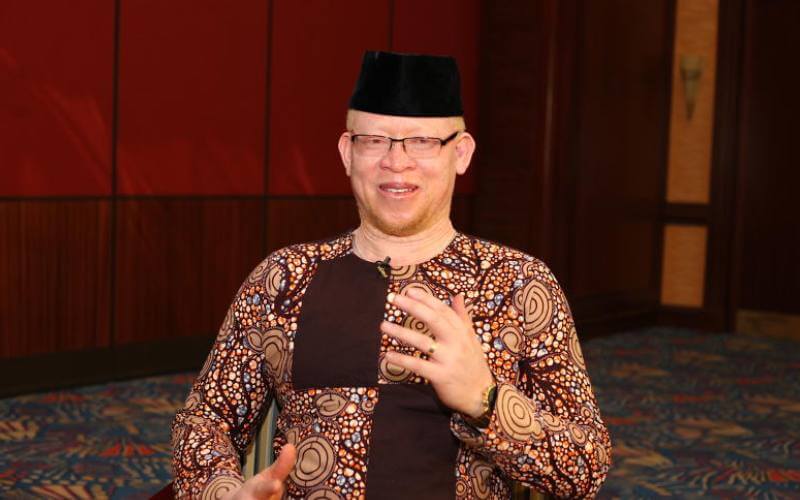 (KDRTV) – The Jubilee Party’s Disciplinary Committee has summoned nominated Senator Isaac Mwaura to answer to charges of disloyalty to the party.

The outspoken Lawmaker is accused of pledging loyalty to another political party and acting in a manner that is disloyal to Jubilee.

In a letter dated February 1, and seen by KDRTV, the party also wants Mwaura to answer to charges of contravening the party’s code of conduct.

Mwaura is accused of publicly announcing that he had joined the United Democratic Alliance. The alleged offence happened during the homecoming ceremony of Msambweni MP Feisal Bader in December last year. Jubilee claims that the Senator also work UDA attire on the same day.

The Jubilee Disciplinary letter served via what’s up is here. Can you provide the particulars of the charges, including time to prepare. pic.twitter.com/2WwWwZeyDx

Reacting to the letter, Mwaura claimed that he had been served via WhatsApp and asked for particulars of the charges.

Mwaura joins a growing list of Jubilee politicians who are facing persecution for siding with Deputy President William Ruto.

There have been questions on the manner in which some members of the party are facing Disciplinary action while others are not.

The Party that has openly campaigned for ODM, Ford-Kenya and ANC candidates without a Party Position.

The Party that has a Kanu Senator as its Majority Leader.

That same Party has guts to cite Disloyalty to Party.@MwauraIsaac1 Strong Bro! pic.twitter.com/rDFln6FYKs

Kirinyaga Governor Anne Waiguru and Jubilee Nominated MP Maina Kamanda campaigned for ODM candidate Imran Okoth in the Kibra by-elections in 2019. This was despite the party fielding a candidate in that race.

All these leaders have never been summoned by the party.