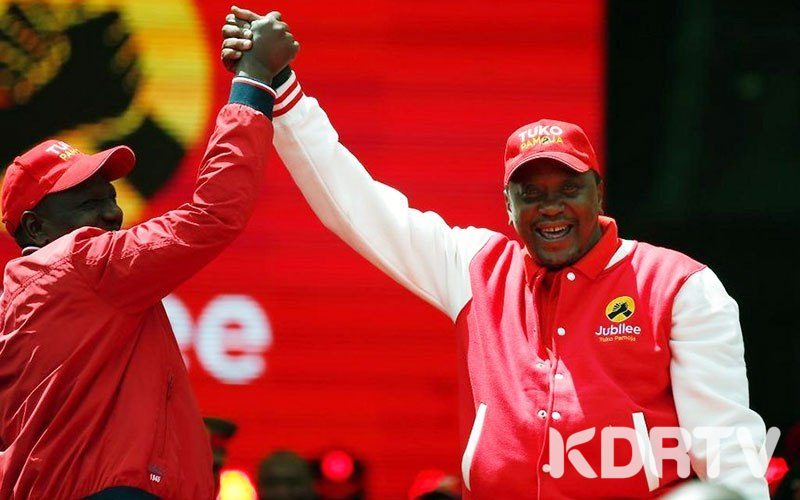 The Jubilee party’s implosion is happening sooner than it was expected. The wrangling won’t just stop. Many observers thought that after the Party Leader’s fire fighting riot act in Kasarani last month, the embers would die down.

On the contrary, the feuding parties re-grouped and are daily firing salvos if not trading barbs.

The Deputy Party Leader’s cheeky tweet over the weekend in the back drop of the assassination letter, just stoked the flames.

It further affirmed the narrative that all is not well in the ‘Tuko Pamoja Party. Perhaps one may ask, are the divisions we are witnessing designed to mask the Party’s failure to deliver poll pledges?

Jubilee’s failings are of many. One will run out of fingers while counting them. From muscular graft to poor service delivery. lack of unity for purpose to scions accusing each other of mischief.

The conspicuous silence  by the Party’s Majority leader in Parliament aggravates the situation. Therefore; is it bye for now or goodbye Jubilee? Time will tell.