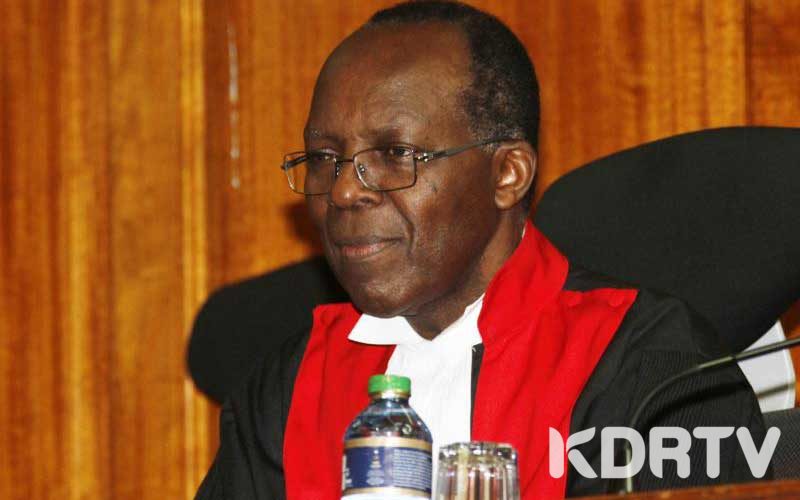 A tribunal set aside by President Uhuru Kenyatta to probe on allegations of misconduct and incompetence of one of the Supreme Court Judges Justice Jackton Ojwang’ has declared him innocent.

The tribunal was formed after a petition was triggered by Nelson Oduor and eight other people.

The petition aimed at faulting the judge and having him removed from office due to alleged misconducts.

However, the judge has been declared innocent after the evidence collected and presented proved insufficient to warrant for his removal from office.

Through the petition, there were different accounts of misconducts in office as well as incompetence that were against the Judicial Service Commission regulations.

The tribunal judges that presided over the matter were led by the chairman Justice Alnashir Visram, together with Festus Azangalala, Ambrose Weda, Andrew Bahati Mwamuye, Lucy Kambuni, Sylvia Wanjiku Muchiri and Amina Abdalla.

The misconduct detailed 25 witnesses where Justice Ojwang’ was accused of having a close relationship with Migori County Governor Okoth Obado hence played fault in the Migori Gubernatorial election petition, in favor of Obado.

Ideally, he was accused of failure to withdraw from the Awendo sugar belt case despite having close relations with the suspects in the case.

The lack of enough evidence is relief to the judge as he is now innocent and able to resume his work professionally and according to the laws of the country.

The chairman of the tribunal said,

“After looking at the allegations made against the Honorable judge, he is found innocent and should recommence his duties fully and immediately.”