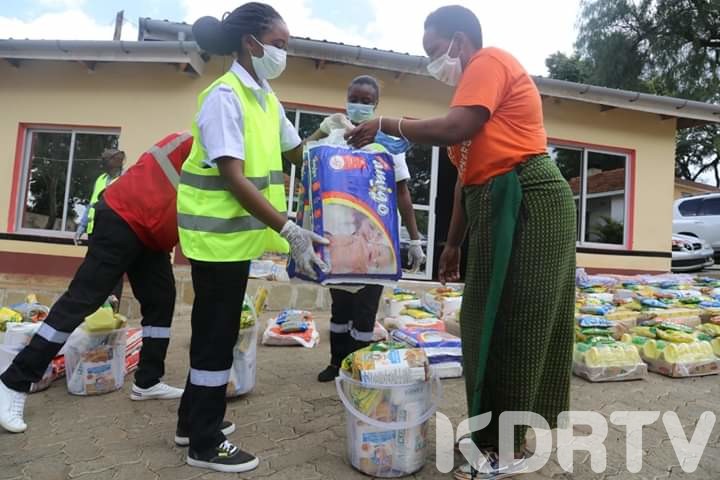 (KDRTV) – Embattled Nairobi Governor has dared Interior Principal Secretary Karanja Kibicho to do his worse after he (Sonko) defied the order to cease helping the poor.

The Sonko Rescue Team, an NGO associated with the Governor, has been barred from issuing relief food to poor Nairobians and installing sanitation booths to city dwellers.

Sonko has severally accused Kibicho of frustrating him  and using Nairobi Regional Coordinator Wilson Njenga to undermine his office.

However on Tuesday, the governor went ahead to distribute food to vulnerable Nairobians and dared Kibicho to do his worst.

“SRT as a recognized NGO will go ahead to donate foodstuffs to the great people of Nairobi from Githogoro Slums ,Karura ward.

“Let them come and arrest us. Punda sasa imechoka kama mbaya wacha iwe mbaya ata President Uhuru before akuwe Rais alipigwa teargas na the same police while defending hawkers in Nairobi. And that time instructions were issued by senior officers at the OP who were also drunk with power,” Sonko said defiantly.

Despite the ban of rendering essential services like fumigating of our estates and slums, distributing foodstuffs to the…

The governor said that they have gone to court seeking to overturn Kibicho’s order.