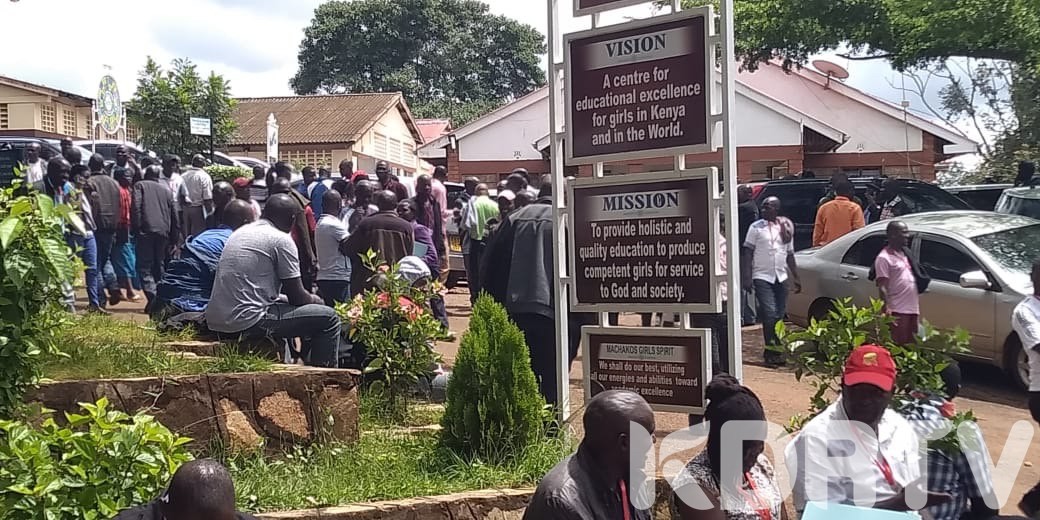 Reports reaching our desk are that the marking of KCSE Exams has been halted after teachers downed their tools to demonstrate over poor pay and the inhuman conditions they have been subjected to. The Kenya National Examination Council (KNEC) has reportedly ordered that the examiners vacate the centers. In fact GSU officers have been deployed to kick them out.

According to reliable sources, no marking took place at Machakos Girls High School and Starehe Girls Center both on Monday and Tuesday as the examiners wanted their pay increased from the current KSh 46 per paper to at least KSh 68.

Blogger Robert Alai was among the first people to share the reports on social media and his blog.

I am told that markers of KCSE are on strike over payments. He he he. Otek!!

It is believed that KNEC executives are holed up in a meeting trying to solve the crisis.

There have been disturbing pictures on social media, showing how the high school teachers are sleeping like refugees at the marking centres. They have no beds and are just provided with thin mattresses.

This are teachers whoare currently marking KCSE national exams who are being housed even worse than homeless people pic.twitter.com/13qUveqsyQ

Last month, Education CS George Magoha promised to release KCSE results before Christmas. It is not clear if this will be achieved with the latest development. KNEC and the Ministry of Education have also come under criticism for rushing the marking of  exams with some stakeholders questioning the quality of the marking.

On November 13, a teacher collapsed while marking KCPE.

“The examiner suddenly fell ill at a marking centre in Nairobi and was rushed to PCEA Kikuyu Mission Hospital where he was pronounced dead,”  KNEC Chairman John Onsoti said about the incident.