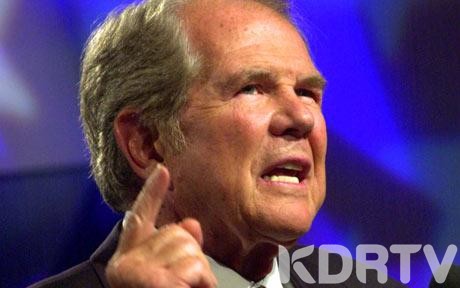 An American Missionary and Preacher who recently visited Kenya on a Mission trip, has condemned Kenyans for abetting and condoning corruption which he claims is embedded in their livelihoods

He was sharing an extraordinary experience on an International live broadcast session where he shared his misery with the audience on his worst experience while shipping donated Water Borehole Drilling machines and equipment to the Country to assist communities without clean and accessible water resources.

He narrated a moving ordeal on how the equipment were impounded at the Mombasa Port where Government Officials demanded a huge bribe amounting to  Kshs.8 million or $ 80,000 for the equipment to be cleared and head to their final destination to assist poor Kenyans in need of the precious commodity or an option he pays an unspecified import tax levy which the officials never revealed.

He was wondering why Kenyan Revenue officials were taking him in circles from one office to the other demanding bribes in each office he went. He was shocked to learn that even missionaries and Aid workers had to part with bribes to Government Officials to clear personal effects.

He went on to say that he has heard stories of Nigeria as another African Country with high levels of corruption but he has never gone there ,but comparatively if it’s more corrupt than Kenya then the African Continent is doomed.

He lamented that Kenya is facing famine through an invasion of a swam of Locusts ravaging green plantations heading now to Central Kenya from North Eastern Kenya, but has already done extensive damages to crops in Northern Kenya and recently in  the former Eastern Province because of their sins and it’s a clear indication that God is punishing them because of their evils ways, deeds and hypocrisy of insurmountable degree.

He never minced his words by condemning what he also called double lives to some clergy he met while on his missionary trip to the Country.

Even some Pastors down there are con men who can’t be trusted with resources from donors because the money sent to them can’t reach the needy or complete projects they were meant to do.