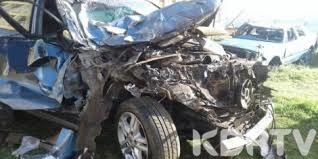 Rudisha was taken to Keroka Sub County Hospital where he was treated and discharged after complaining of lower limbs and chest pain, but Xray reports showed no fractures.

“Rudisha was rushed to the Keroka Sub County Hospital where the doctors revealed that the athlete had not suffered any fractures, and he has been allowed to go home and rest”, said Keroka police chief Walter Abondo.

The passengers of the easy coach bus were however not injured during the incident. 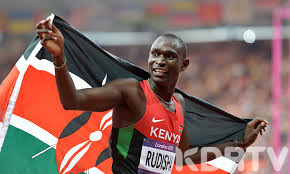 “I am well and unhurt from this morning’s accident. Thank you for your prayers and concern. And above all I thank God for keeping everyone else involved safe,” Rudisha said on Sunday afternoon.

“A special thank you to the other road users who rushed to the scene to help me out of the car after the incident,” he added.

Rudisha was headed to his rural home in Kilgoris, Narok County.

He is reported to have started light training with a view of peaking for the 2020 Olympic Games in Tokyo.

As the reigning world 800m champion, Rudisha has a wild card to defend his title in next month’s World Athletics Championships in Doha, but he’s unlikely to be ready to take part in the national trials in Nairobi on September 12-13.