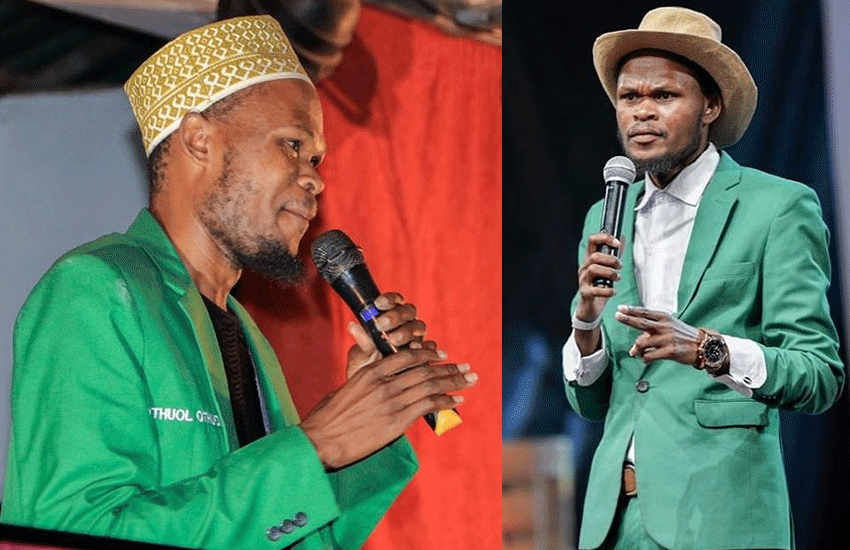 (KDRTV) – Organizers of the funeral of Churchill show comedian Ben Maurice Onyango have said they have a Ksh 1million budget for the event.

Othuol, who succumbed to a brain tumor on Sunday, will be laid to rest at his family home in Siaya next week.

The comedians in Kenya Society said, on Tuesday, they are looking at a Ksh 700,000 to Ksh 1 million budget.

“Plans are underway to inter his body at his ancestral home in Ndere, Alego, Siaya County scheduled for 25th October 2020 and we are looking at Othuol funeral budget ranging at Sh700,000 to Sh1 million,” the society’s chairman Ken Waudo said in a statement on Tuesday.

The huge funeral budget is bound to raise eyebrows especially after reports emerged earlier that Othuol had been abandoned by his colleagues in the industry at his hour of need.

According to his close friend 2mbili, non of the comedians visited him in the hospital. 2mbili said that at one time, they struggled to raise Ksh 8,000 for an ambulance.

“We needed Sh8,000 to hire an ambulance for him to be transferred to KNH, and so I sent a message in the official comedians’ WhatsApp group, which has over 200 people, yet people could not raise that,” 2mbili said as quoted by the Star.

APPEAL:@othuol_othuol has had a brain tumour for a while now. He collapsed again today and has had to be rushed to @KNH_hospital for an MRI. Kenyans, this brother needs our help. Please spare whatever little you can, MPESA directly to him on 0726347430 (BEN OMONDI).

It is said that the comedian, who was in so much pain in his last days, could not raise Ksh 15,000 for an MRI.

Why would his colleagues come up with such a huge budget for a man they didn’t help at his hour of need?