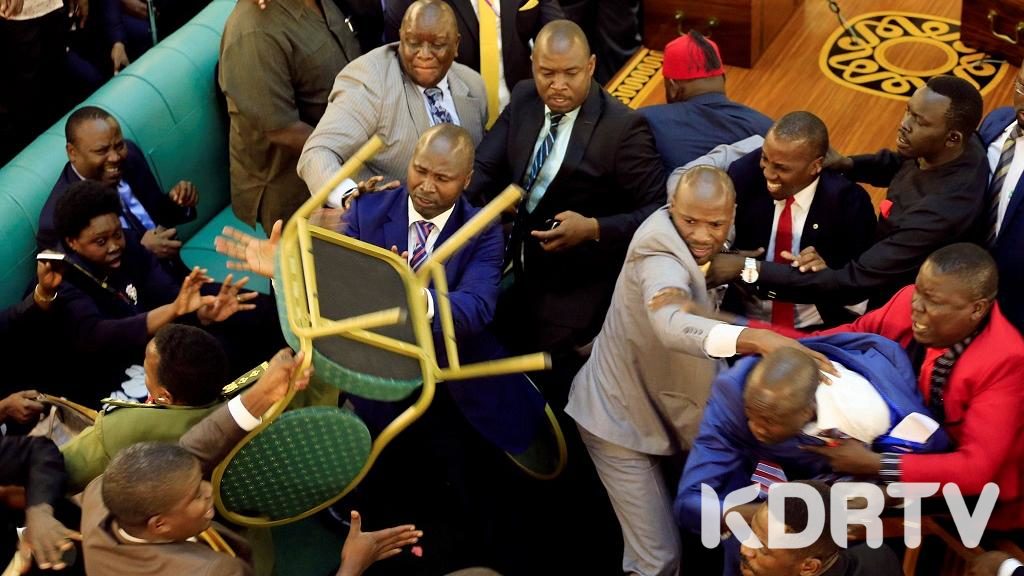 A team of six Kenyan MPs were in Kampala on Tuesday to compare notes with Uganda on their privileges and welfare, but were amaized when members on the legal and parliamentary affairs committee, led by Jacob Oboth Oboth (West Budama South), narrated their plight.

Kenyan delegation, led by Vincent Mogaka Kemosi, MP for West Mugirango, explained that they were here to benchmark on how to revise their Parliament rules of procedure and best practices.

He went on to indicate that they understand that Ugandan MPs have a way around their allowances and salaries and get about sh5m more for motor vehicle grants.

“We have the worst form of housing mortgage in the world. We are required to service our mortgage loans in a space of only five years, at a 3% interest rate annually,” Kemosi said.

The Ndorwa East MP, Wilfred Niwagaba, said Kenyans are even lucky they have a ‘bad housing mortgage’, because for them (Ugandan) they do not have such privileges.

Niwagaba advised that since Uganda’s privileges for MPs are based on outdated colonial laws, Kenyan MPs should consider benchmarking from Canada, that has the best practice in the world.

“Our finance management laws do not allow a motion for a charge on the consolidated fund without cabinet approval, but it is done by the Parliament commission. This is because we do not want another arm of Government interfering with the doctrine of separation of powers and some independence, but your emoluments are far better than ours,” Jacob Oboth added.

We actually need prayers because when you visit our parking space here in Uganda, you will find old Toyota TXs, while yours has brand new Toyota VXs. Yours is a one-off payment but ours is in instalments.”

Abdu Katuntu (Bugweri County) said the Kenyans should not be complaining about the structure of their housing mortgage because commercial banks cannot risk lending MPs money to be paid back in a period longer than their term of office.

The Kenyan MPs are entitled to a Ksh. 5m  one-off car grant and Ksh. 20m. However, last year, amid public outrage, they sought to increase the allowances saying they were grossly inadequate.

In the case of Uganda, MPs receive Ksh. 144,915 monthly housing allowances, while the Speaker and Deputy Speaker get Ksh. 178,356 for the same.

They are also entitled to a one-off Ksh. 5.5m car grant that is fueled daily at about Ksh. 111 market pump price according to the constituency mileage.

Kimilili MP Didmus Wekesa Barasa implored Ugandans to back them, in the bid to streamline MPs privileges and immunities in East Africa, as is the case for diplomats because they are representatives of the people.