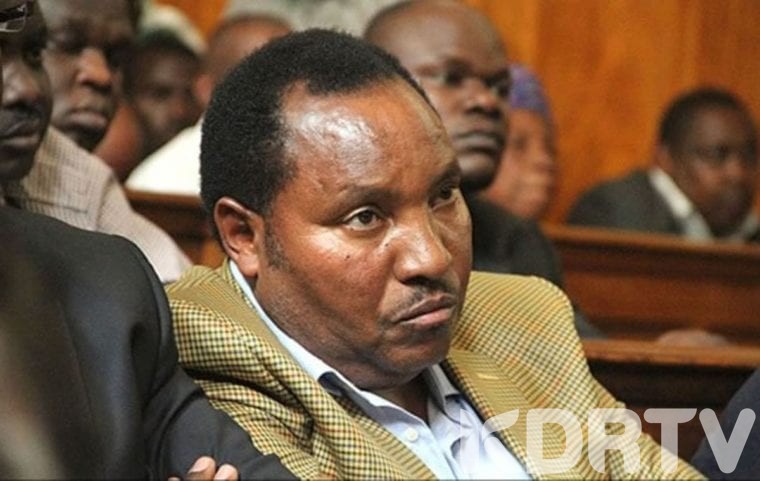 Kiambu Governor Ferdinand Waititu has yet again landed himself in hot soup after allegedly acquiring land illegally and forcefully from a widow.

In new accusations and most likely to be charges, a widow was harassed and his late husband’s property transferred into a different ownership without her knowledge.

The investigations by the Commission of Administrative Justice (CAJ) revealed that Waititu used his position in office to transfer property belonging to Celicia Mbugua to Esther Nyatu, backed up by a confession form the office of the Governor.

The land was estimated to be worth sh100 million and located in Thika where the office the Governor played a key role in initiating the process by facilitating all required documents.

“We have investigated the illegalities and found enough evidence to charge the governor. We will hand over to the DPP since it is not our work to prosecute,” said Ms Kajuju, in charge of the investigations.

The office of the registrar of lands was questioned regarding the matter where they confessed to have been given all the required documents to facilitate the transfer by the Governor himself, adding that they were only doing their job.

Ms cecilia’s woes began after she lost her husband and decided to seek permission from the county office to have the land developed.

She was however met by a crude shock after she was told the land belonged to the Jua Kali sector hence not legally considered her possession.

She sought justice to no avail, as she was summoned and threatened to willingly hand over the two plots of land or face consequences.

It was until the matter was presented to the Commission of Administrative Justice for investigations that the truth finally came out.

The governor sensing his blunder and after a series of interviews by the Justice administration chickened out and had the title deeds returned to the owner, citing confusion.

He has since confessed to having facilitated the transfer, although he has maneuvered his ways through to make it look like he wasn’t the bad guy.

With this new legal war added to the long battles still pending in court, the governor has fried himself with his own oil and is most likely not going to come out of it, or rather gain his seat back.