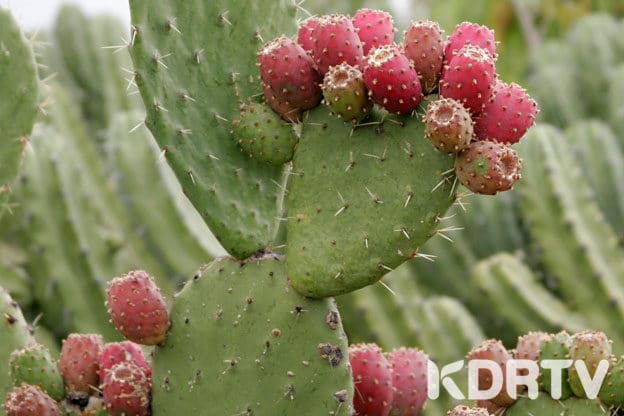 Residents and livestock farmers expressed their worry over the latest trend on growth of killer cactus mostly known as Opuntia Ficus in Loisukut village, Laikipia County.

The plant is known to be not only a threat to livestock but also human beings, and considered the second largest threat to animals in the region.

The plant comes in different shades and is covered with spines and hair like prickles.

It has reddish fruits and yellow flowers that would easily be mistaken as edible.

This is the major threat to the livestock in the region according to a farmer who expressed concern over its tremendous spreading  taking over the grazing land.

The farmer narrated that the locations that were best suited for pasture, grazing and plantations have been taken over by the growth of plant, leaving no space for the same.

It is attested that whenever livestock feed on the plant, they die mysteriously.

Ideally, when humans are pricked by the thorns of the plant, they end up getting severe blisters and it takes a longer time for them to heal and get back on their feet.

The plant is thus a threat to both animals and humans leading to death and injuries.

Eradication of the plant has also been hectic as they do not disappear easily, and only possible via biological control which is quite expensive to be afforded by the villagers.

When they are cut or trimmed, they grow back within time.

The residents of Loisukut village called upon the county government to play a role in eradicating the plant as it adds more harm than value to them.