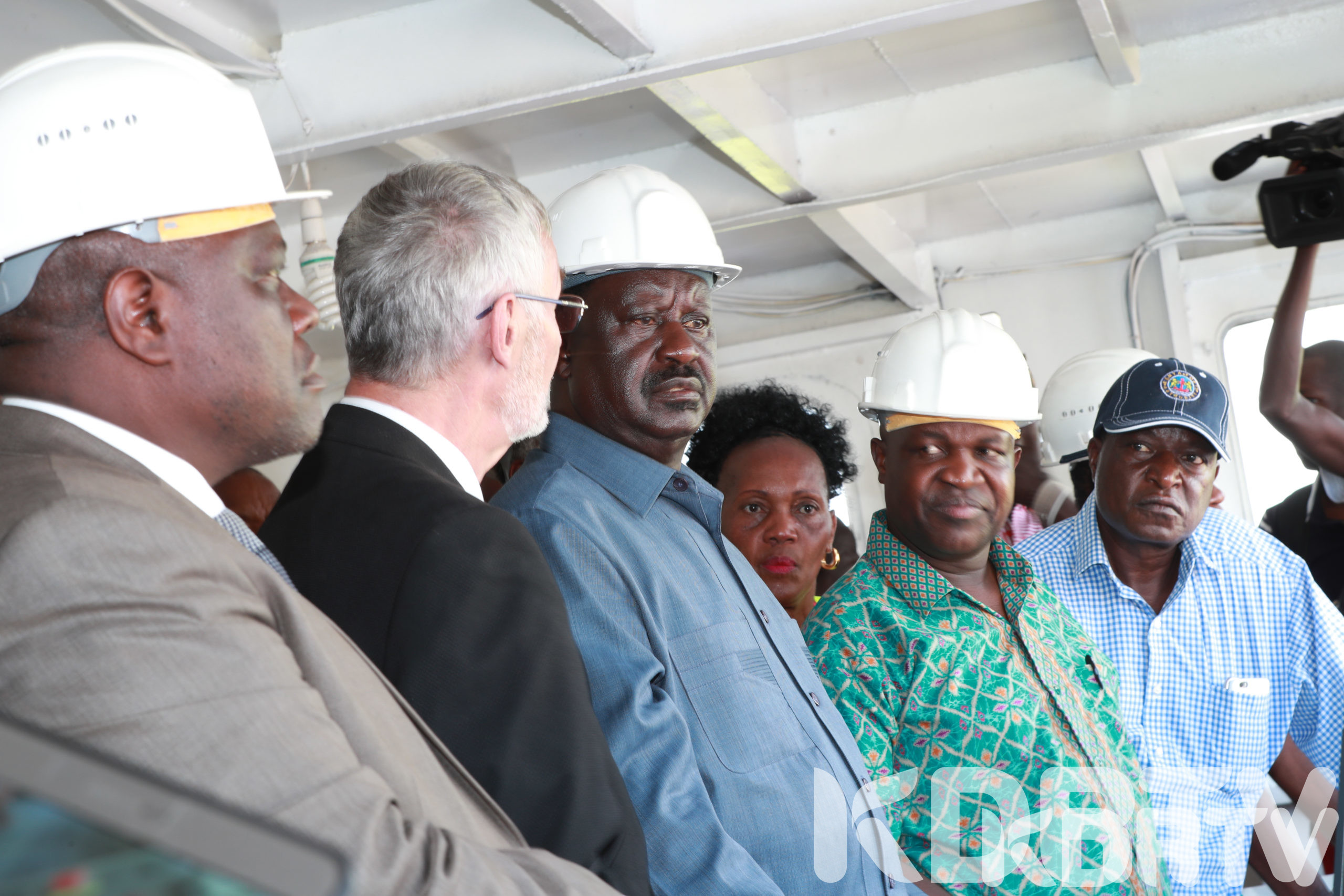 KDRTV-The fortunes of the Lake Victoria Region is poised to change forever as the Government of Uhuru Kenyatta and the other four Presidents from the East African community are almost ratifying and sign a pact that will jump start the movement of goods and services through Lake Victoria commonly referred as Marine transportation.

Recently the Former Premier Raila Odinga who also doubles up as the African union envoy on infrastructure met a delegation from Uganda who praised the initiative which is being undertaken by the Presidents in the Great Lake Region, where President Uhuru Kenyatta is playing host and very influential in the initiative. 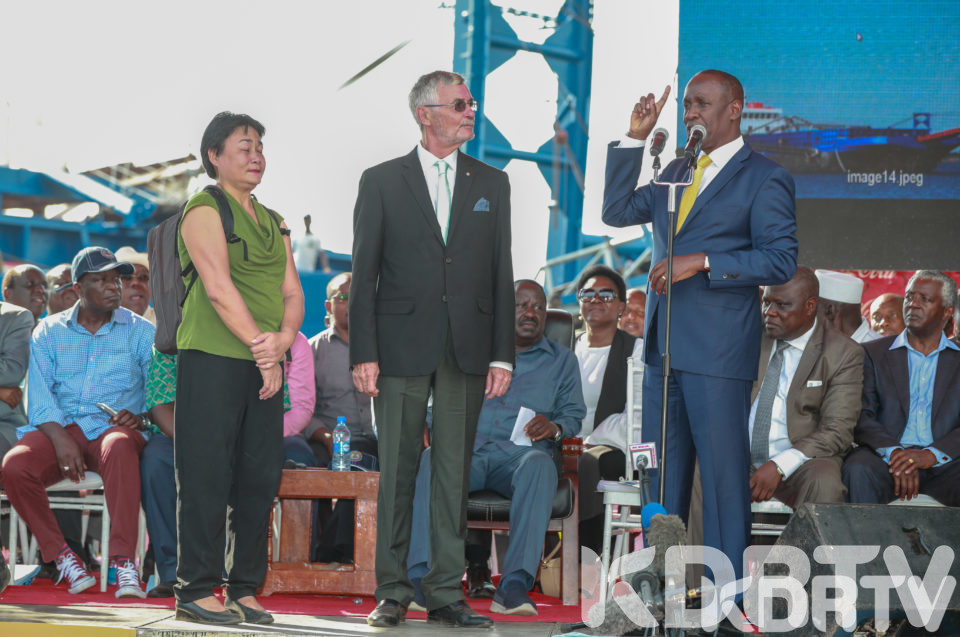 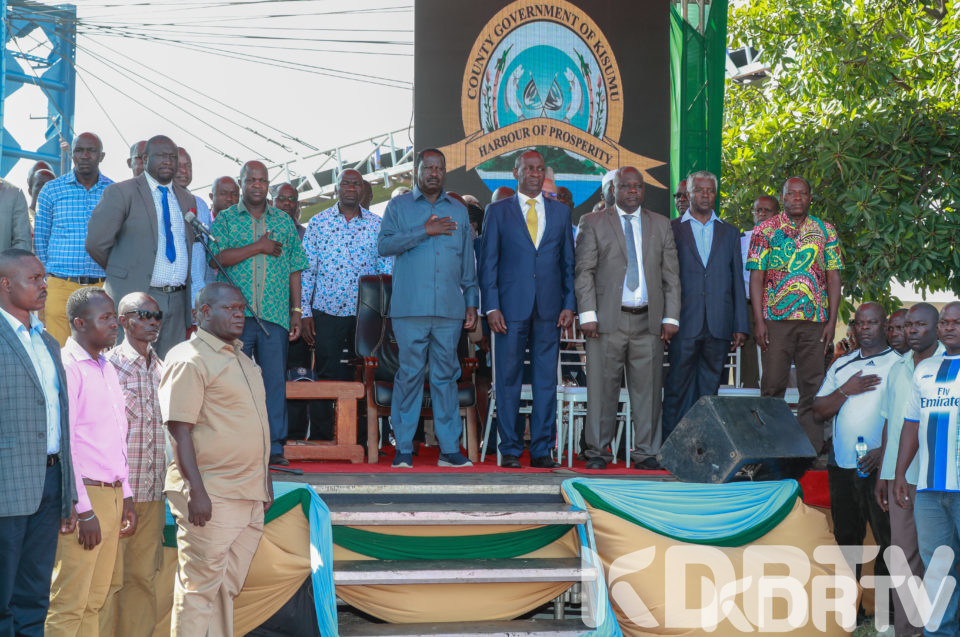 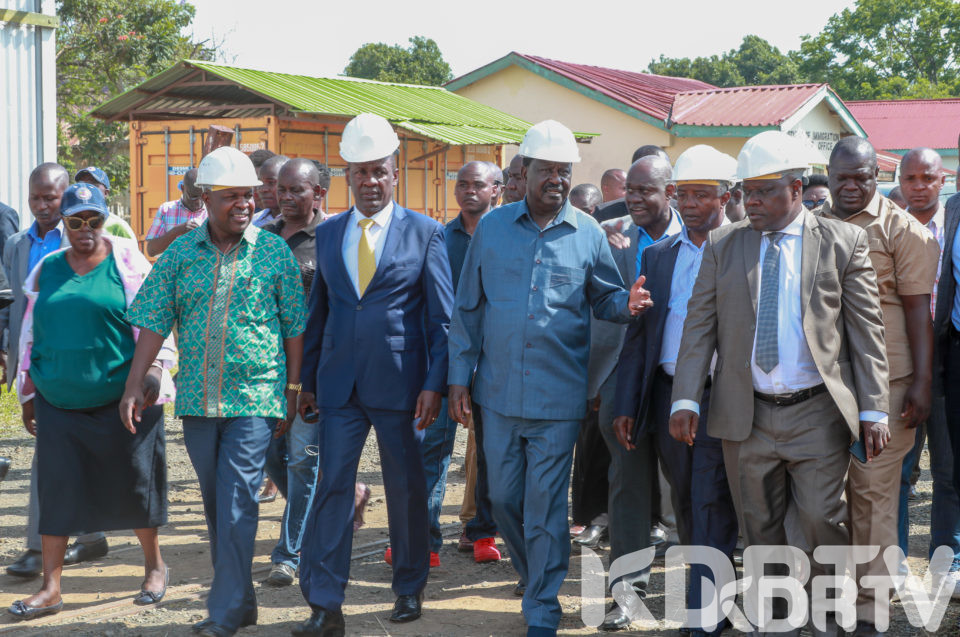 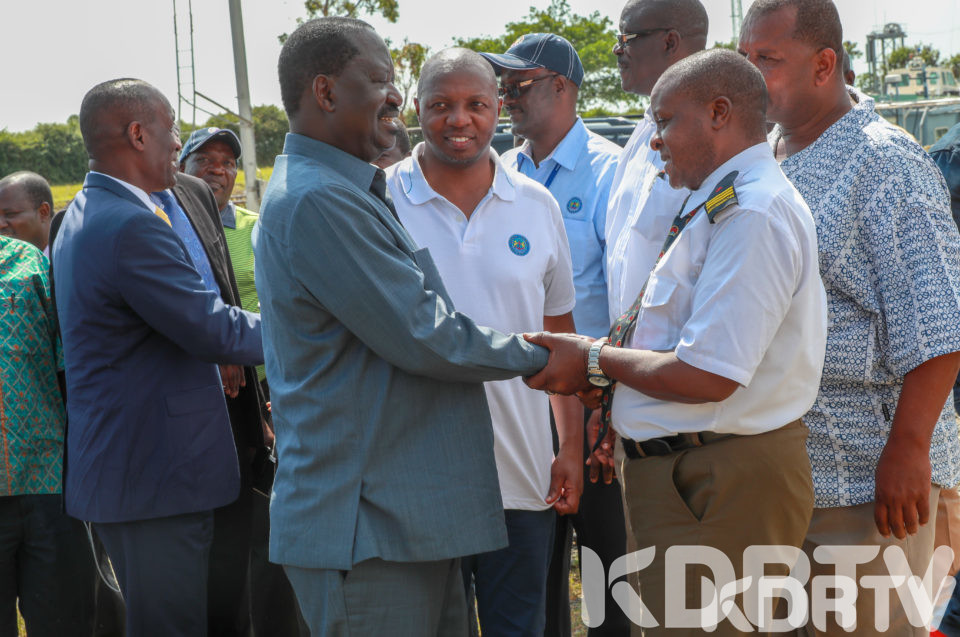 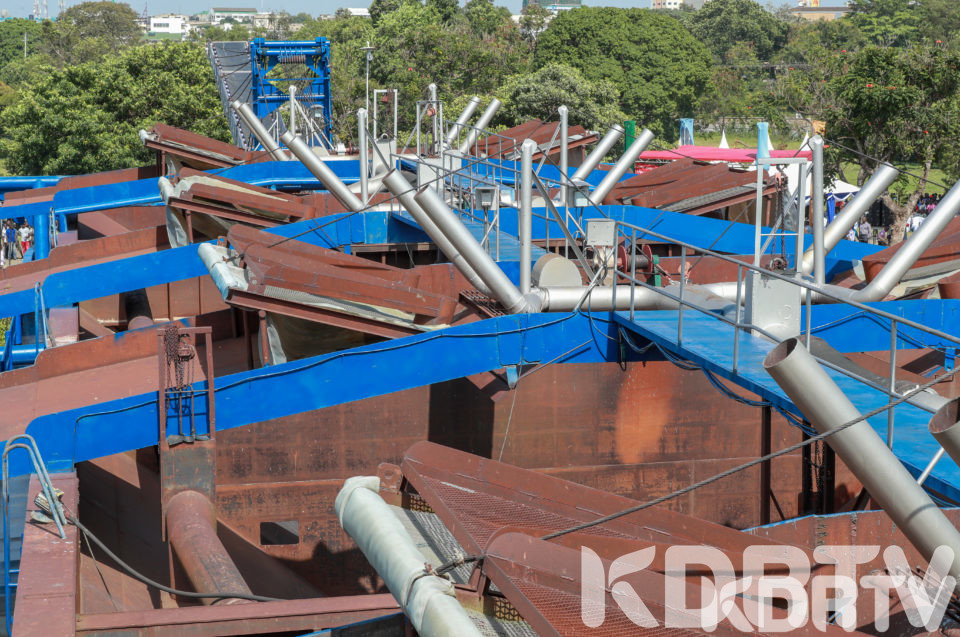 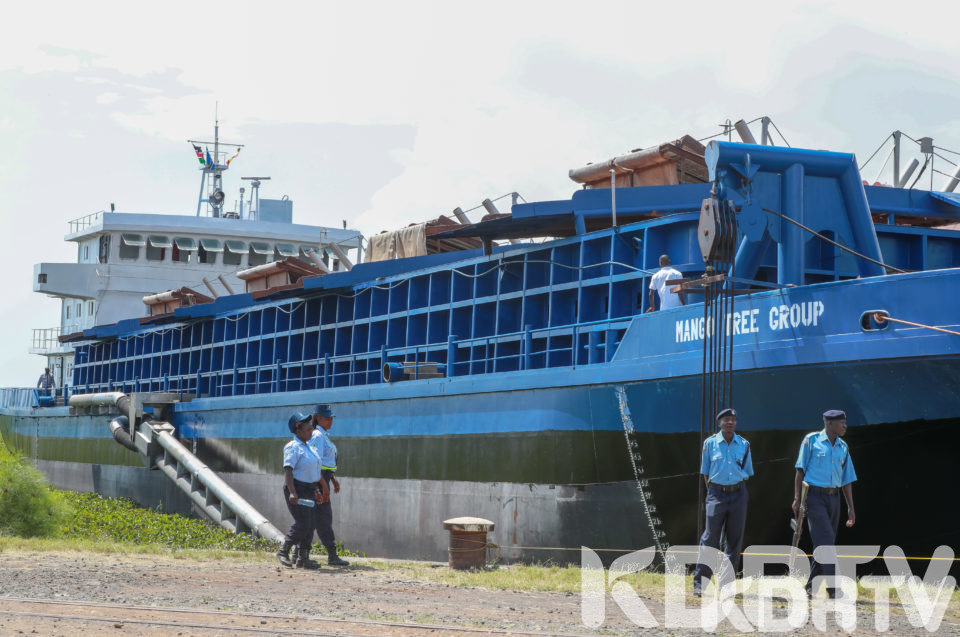 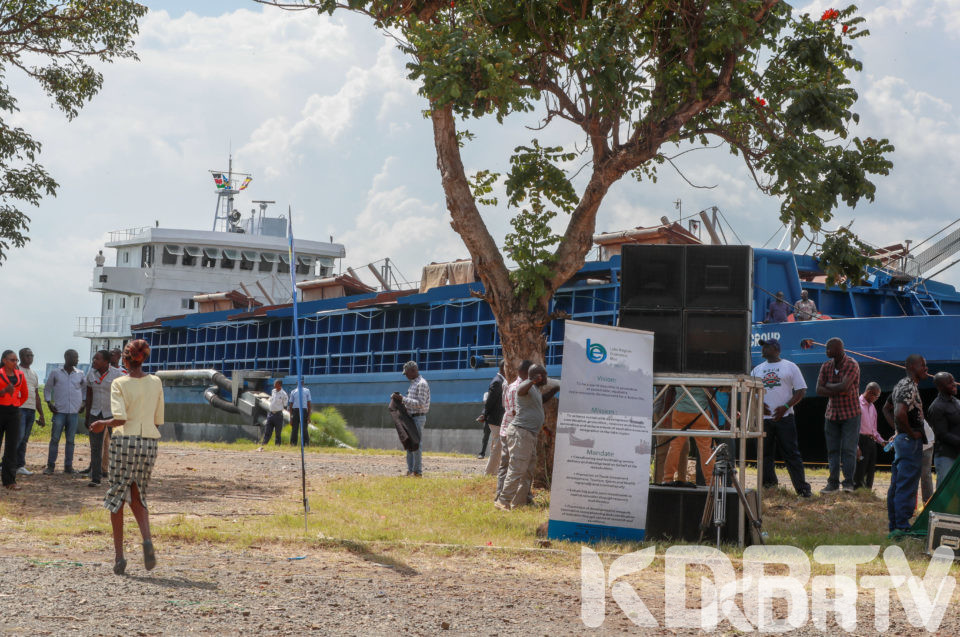 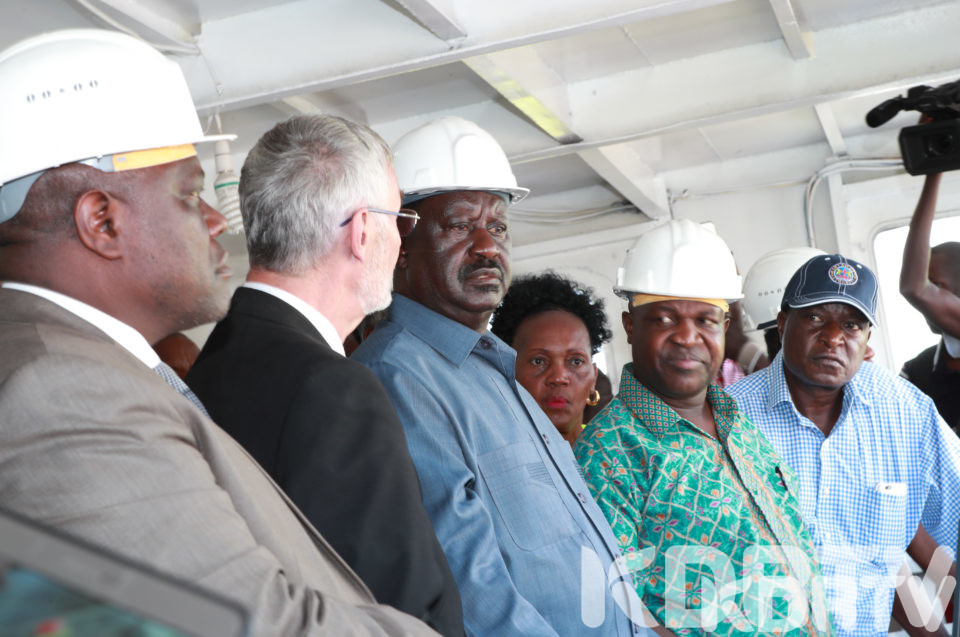 Raila being shown inside the Ship 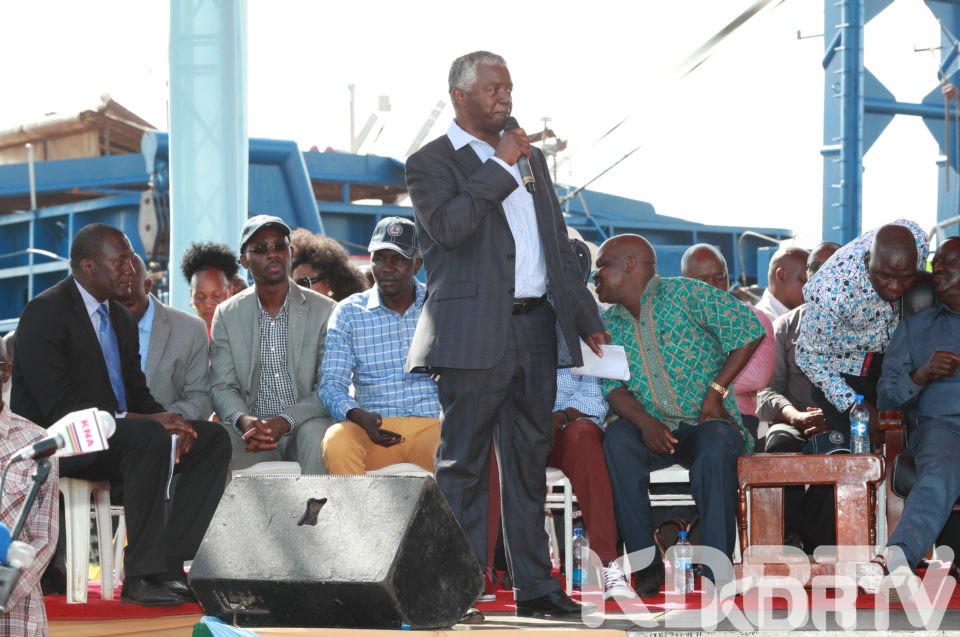 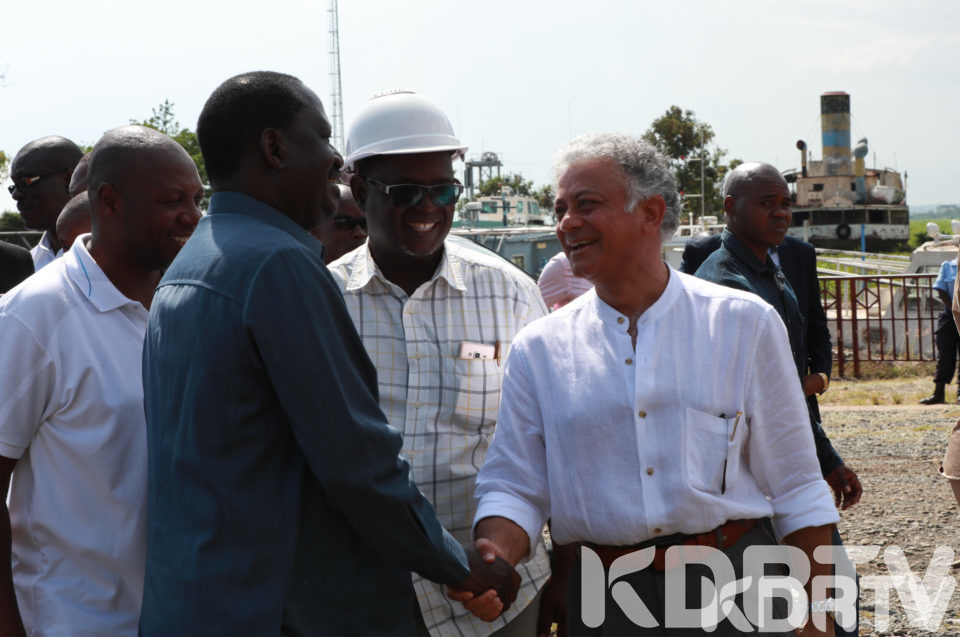 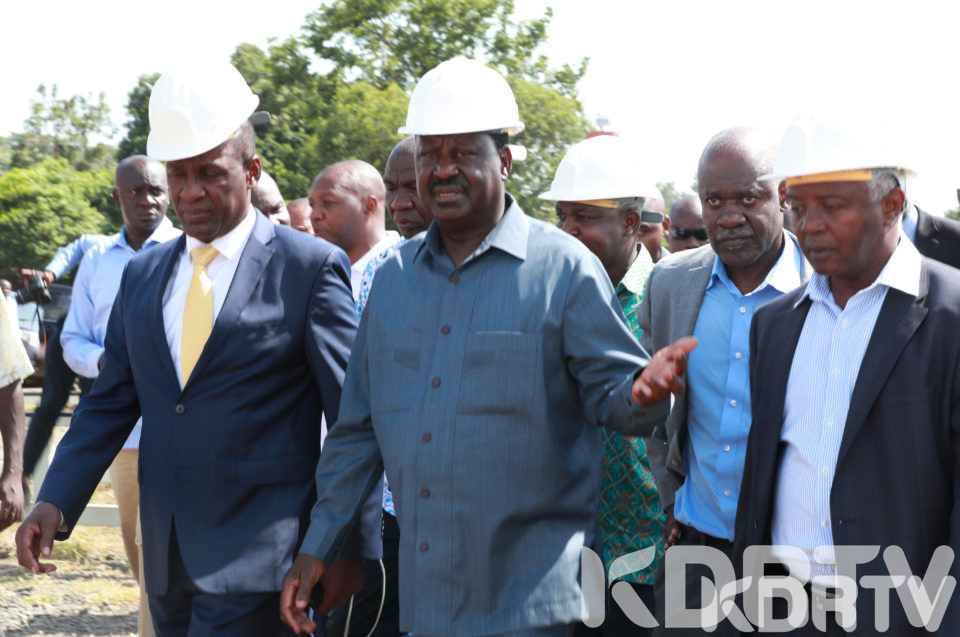 The guests from Uganda were accompanied by a French Firm Mengo Tree group which showcased their huge ship which will be used in dredging and removal of the hyacinth which has chocked the lake for a couple years. 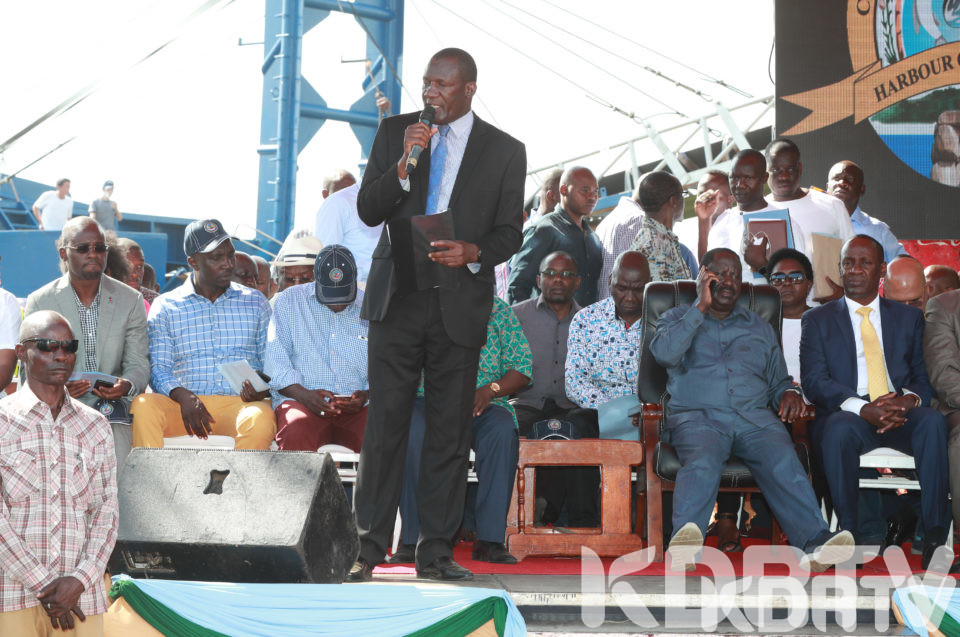 The French firm promised to give a 10 Year warranty on their services and the two ships which have previously done a commendable job in Uganda will be stationed at the lakeside for a couple of months to ensure that the works are done to their best ability.

While gracing the occasion the former Premier reiterated President Uhuru Kenyatta’s commitment to the initiative which has also seen the President himself supervising the works at the Lake side a couple of times and also enjoying sumptuous meal of Tiliapia and cornmeal or Ugali.

The President has flown to the Lakeside a record three times and has instructed the Kenya Ports Authority and the Ministry of Transport to speed up the renovation and revamping of Kisumu Pier in readiness to the launch of the Marine transportation in a few months time.

The National Government has pumped almost Kshs.2Billion into the project while the World Bank is pumping in almost Kshs. 3 Billion to the same Project which will forever change the economic status of the Lake Region.

The County Government of Kisumu under the guidance of Professor Nyong’o, has done a massive restructuring procedures in the Lakeside city which has been a sleeping giant by demolishing unworthy structures along the roads and has started erecting modern structures to be used by small businesses and by also constructing and re-carpeting roads in the central business district and extended it to the estates surrounding the city of Kisumu.

All the Houses, buildings and land which belonged to the defunct Kenya Railway Corporation are being repossessed from grabbers by the National and the County governments and renovated to be occupied by the workers who will be working at the terminal.

An ultra modern 5 Star Hotel, beach walks ,and parks are almost coming up along the waterfront after the demolition of the Lwangni beach and the traders relocated to Dunga beach.

Kenya Railway Corporation has elaborate plans to renovate the old Rail road in readiness to move goods from the Port of Mombasa to Kisumu and then shipped to the Ports in Tanzania and Uganda which will cut transportation costs across the region and beyond.

The launch has been hampered and pushed back due to the Corona Virus Pandemic which has stalled the World economy for almost three months and it’s not yet known when travel restrictions will be lifted in many Countries with reports of millions infected and over 245,000 deaths reported across the globe.