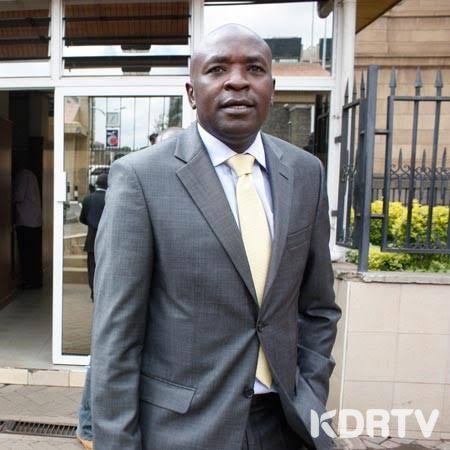 The proceedings detailing the high profile murder of the renowned Lawyer Willie Kimani took a new twist in court after the Law Society of Kenya (LSK) regarded Lawyer Cliff Ombeta as unlicensed.

According to the LSK, Ombeta had not attained the required points to warrant for his qualifications as an advocate of  Court.

His certificate was thus withdrawn making him unqualified to handle and represent the suspects in the murder case although his status was still active in the website.

The trial for this case was one of the most controversial in the Kenyan history following different dramas by the involved parties.

Firsts, it began with some of the suspects disowning their lawyers where one opted for a male lawyer rather than the female one who had been assigned  to represent him.

Secondly, Lawyer Cliff Ombeta was allegedly faking his sickness resulting to adjournment and postponement of court proceedings that were destined to commence earlier.

According to LSK lawyer Stephen Ongaro, he narrated to Justice Jessie Lessit that Ombeta’s certificate had been withdrawn form LSK membership.

“He has not garnered enough points to qualify as an advocate, hence his certificate for practice has been withdrawn,” said Ongaro.

Willie Kimani murder hit the country with a bang after he went missing for a few days and his body was found mutilated and decomposed in stashed bags deposited near Athi River.

Suspects were brought forward with the help and intervention of the Director of Criminal Investigation, tracing the police radio at the scene of crime.

With many murders going unanswered and some taking longer time before judgement and sentencing, this is among the high-profile ones that only requires justice and culprits brought to book.