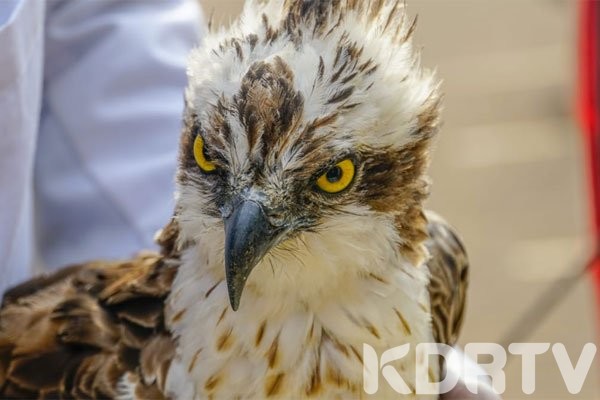 Elders in Siaya County have requested to be allowed to hold a special ritual for the rare migratory Osprey bird, which died over the weekend.

The bird, which had flown for more than 6,000 KM from Finland to Kenya was rescued by a fisherman at Lake Kanyaboli in Usenge sublocation on Thursday last week.

Vets from the Kenya Wildlife Service (KWS) took the bird for specialised treatment in Nairobi. However, the bird died under their care.

According to autopsy results, the fish-eating bird died from chronic starvation which causes systematic organ failure.

“We regret to announce the death of the bird despite all efforts to rehabilitate and eventually release it back to the wild,” reads a statement from KWS.

“We were feeding and treating it with a plan to release it back to the exact site where it was rescued in the Lake Victoria catchment so it would not lose its bearings on the epic return flight northwards early in March.”

Immediately Siaya received news that the bird had died, Walter Oloo, the fisherman who had rescued it, collapsed.

“This was like a member of my family and it is a big loss for me. I had even planned to travel to the city to see the bird,” Oloo said.

And now elders want to be allowed to perform a special ritual to send off the bird.


“Traditionally, elders would sit down and conduct some rituals to welcome or send off such strange ‘guests’.”