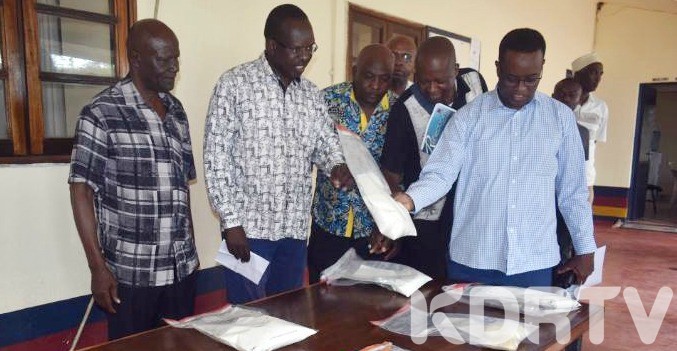 Principal Magistrate Edgar Kagoni has been flown to Nairobi after spending two nights in police custody.

According to a local daily, Kagoni was picked at Kilindini Police Station at the wee hours of Monday and flown to Nairobi.

It, however, remains unclear whether he will be charged in Mombasa courts, Shanzu courts or Nairobi.

Furthermore, there are claims that he will be flown back to Mombasa for trial.

Meanwhile, the Kenya Magistrates and Judges Association have moved to court seeking to stop Kagoni from taking plea over the loss of heroin valued at Ksh30 million.

KMJA states that they are concerned about the threats to liberty of one its members -junior principal magistrate Edgar Kagoni – who is a judicial officer serving in the capacity of Principal Magistrate in Mombasa Law courts.

Kagoni is expected to be presented before JKIA law courts this morning to take the plea.