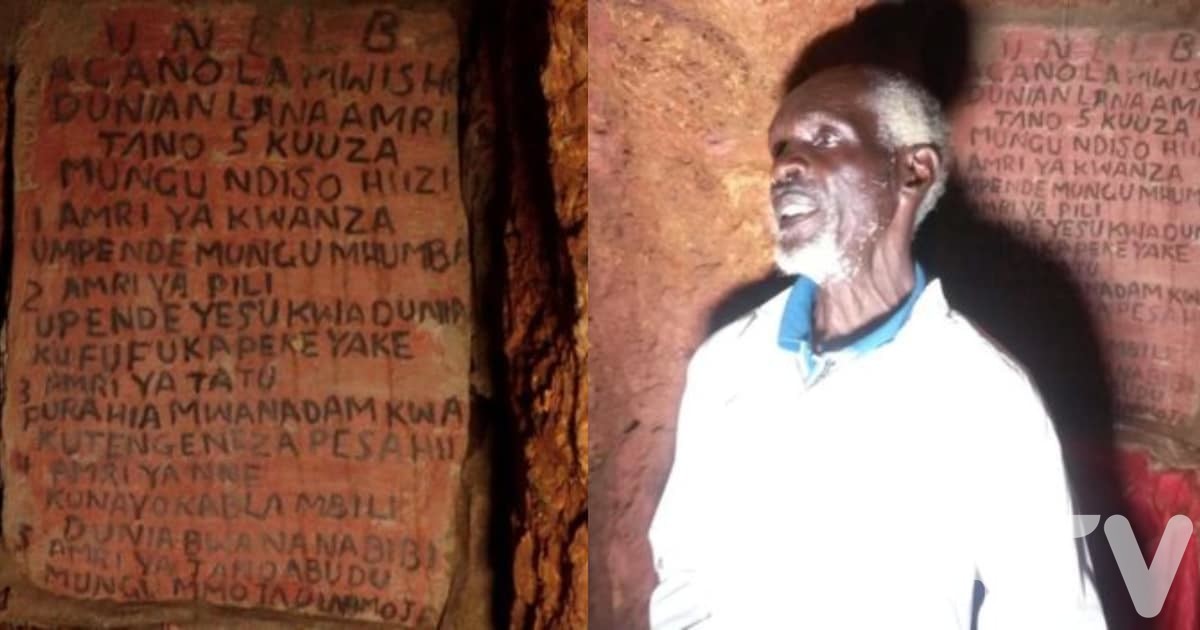 Seventy-four year old Francis Ouma in Busia county has been digging a cave for more than fifty years and using it for special prayers. The elderly man of six children said that he has been digging the cave after receiving special instructions from a higher power.

Everyday , Francis Ouma walks from his home to his holy cave where he puts on his white gown which according to him symbolizes purity and peace. The elderly man then walks from corner to corner of his his cave to where a set of five commandments, that serve as Francis’ mantra, has been written on the wall. This is where he sits and pray. This area is off limits to his family members.

He said that his work of digging the cave has not hindered his duties as a husband and a father to his children. Other than digging , the man has settled down as a farmer , a means through which he is able to provide for his family.

”God chose me to dig the cave and only i alone can do this work,” the seventy four year old man said adding that he can’t leave this work to be inherited by his children.

”When a child finds his father when he is dirty he or she doesn’t fear him,”he says.

He believes that he is the chosen one and his family has accepted him as he is. He said that he married his wife and got their kids while he was still digging the Holy cave.

Subscribe to watch latests videos
In this article:Headlines, holy cave