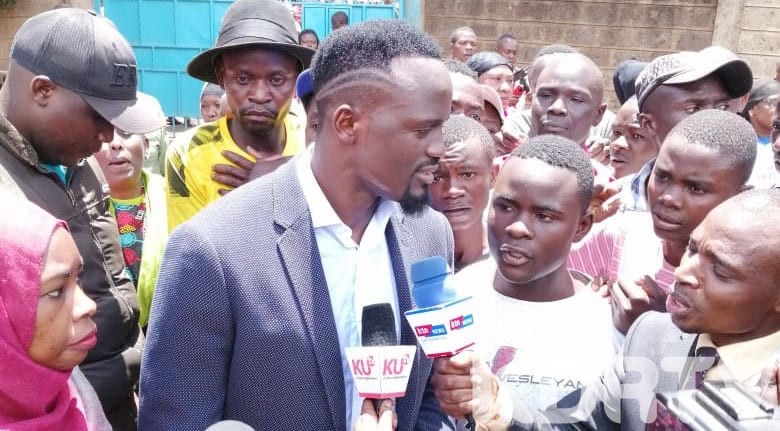 Mariga and Ruto floored in Kibra

Jubilee flagbearer in the Kibera by-election for the Parliamentary seat, McDonald Mariga, on Thursday, did not vote.

Despite the fact that Maring is among the 24 candidates vying for Kibera constituency MP seat, the football legend`s on visited one of the polling stations to show his support.

Read also: Raila on the Spot for Inciting Kibra Residents to Attack Opponents

KDRTV learned that Mariga arrived at Lindi Mosque polling station at around 10:30 am.

He was seen wheeling one of the physically challenged voters into the polling stations and later took pictures with his supports before he went outside to speak with a journalist.

Mariga who is vying for a Parliamentary seat in Kibera is not a registered voter there but details show that he is registered in Starehe constituency.

The IEBC had earlier invalidated his candidature after it was revealed that his name was missing from 2017 voters registered but later, The electoral commission’s Disputes Resolution Tribunal cleared him on September 16.

The legal team of Mariga had earlier responded to the invalidation of Mariga`s candidature stating that registration of voters is a perpetual practice and as long as one is registered anywhere, they can contend for an election.