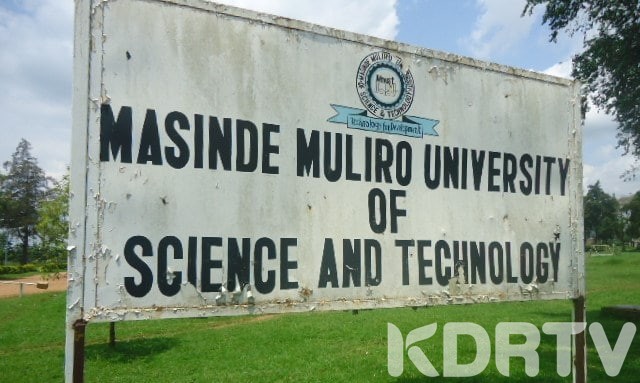 The university students were protesting against an impromptu decision by the management to pay outstanding fees balances before writing their exams.

Speaking to the media, the Students Organization chair Vincent Lumala stated that the school did not give them enough time to raise the money and make the payments.

Additionally, the learners accused the institution’s finance department staff of harassing them.

The students took to the streets to express their grievances as they destroyed property among them an ambulance and several other vehicles.

Following their actions, the police engaged in running battles with them as they tried to contain them.

Confirming the incident, county Police Commander Bernard Muli noted that one student has been arrested.

“We have sent our officers to the institution to restore order. The grievances they have raised will be addressed by the university’s management,” he mentioned.

In a statement issued following the chaos, Acting Academic Affairs Registrar Thomas Sakwa drafted an internal memo asking all students to leave the premises by 2 pm.

Subscribe to watch latests videos
In this article:Masinde Muliro University