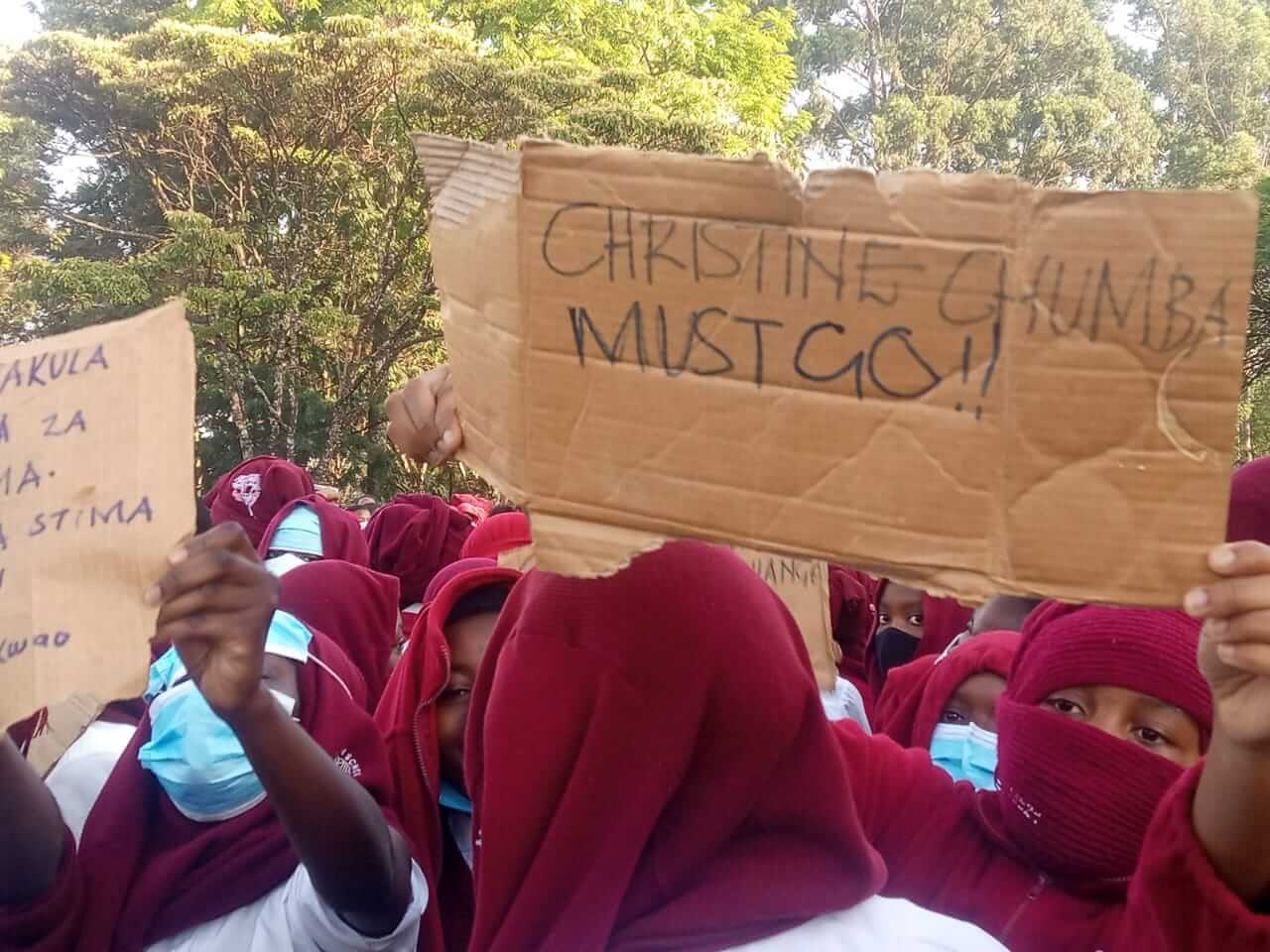 (KDRTV) – Moi Girls High School in Eldoret has been closed indefinitely after students demonstrated against poor diet and a litany of other issues.

The students accused their Principal Christine Chumba of removing eggs and meat from their diet. They claimed they are tired of eating ugali and cabbage daily. Chumba is also accused of closing the school canteen without giving a valid reason.

I am a guardian at Moi Girls Eldoret here in Uasin Gishu. My girl tells me "hatutaki kuosha choo, Kazi ni mingi. Waache kutuharass, let them employ more workers". I feel like beating these girls. Manual work is compulsory! pic.twitter.com/zqEQzHfQe1

Speaking to journalists outside the school, the girls also claimed that the school has re-introduced corporal punishment.

The angry students also accused the school administration of mistreating subordinate staff. The school has recently fired most staff, forcing students into doing manual work including but not limited to washing toilets.

These are the biggest issues of our time …………Moi Girls High School, Eldoret shut down indefinitely following students strike; learners given until tomorrow to vacate the school compound. pic.twitter.com/pcs5S0Vj2g

The learners further claimed that they have been forced to work in darkness over power outages. They questioned why the school’s generator cannot be put to its use.

After a Board of Management meeting held at the school on Wednesday morning, a decision was reached to send the students home. Uasin Gishu County Director of Education Gitonga Mbaka and the Principal were present at the meeting.

Moi Girls High School Eldoret on strike demanding for the transfer of principal Christine Chumba.
They have boycotted classes accusing the principal of harassing them and also mistreating their teachers.
Riot police and Uasin Gishu education officials are monitoring the situation pic.twitter.com/Vw2b1tMbrE

Moi Girls is one of the best performing schools in national exams. The strike may affect the school’s preparations for KCSE exams which begin in a month’s time.