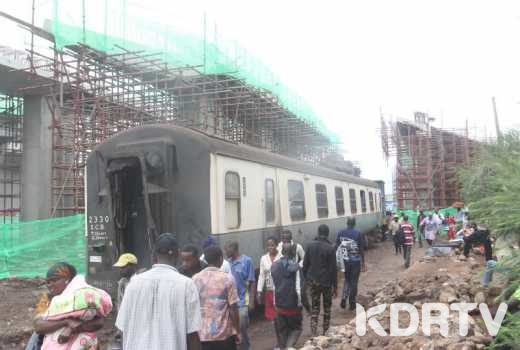 Train transport is among the major forms of transport for commuters in Nairobi especially in the morning.

This is because it is less expensive and faster as there is no congestion on the railways as compared to roads.

Commuters in Embakasi were today left stranded after the train developed mechanical problems forcing them to use alternative means.

The train which usually passes via Jogoo road through to Embakasi before picking passengers forced majority of the users to use the bus when going to work.

The early morning schedule was commenced to aid in early congestion and help worker’s get to work on time.

The schedule has worked effectively for a certain period of time easing on congestion and costing less.

The area in the morning was crowded by pedestrians who were walking to find alternative means while others scrambled for the available seats in the buses.

This is not the first time the commuter train has inconvenienced customers as two weeks ago, a cargo train had knocked over another bus in the same Embakasi Estate.

Although there were no people reported to have been injured, the inconvenience caused affected transport in a major way by causing a huge traffic jam.

The Kenya Railways offered a public apology on the same stating that the train had developed mechanical problems assuring Kenyans that they were working with their power to revive the services back to normal.

However, the social media users were not having the apology and each expressed their disappointment and displeasure.