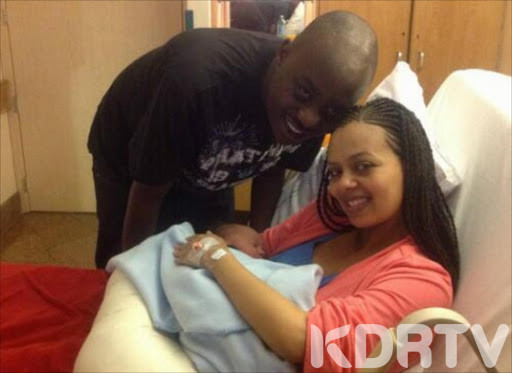 Phoebe Akinyi Gweno, the woman believed to have sired Fidel Odinga’s alleged twins has come out and refuted the suit filed by Ida Odinga, labeling it of malicious intent.

Akinyi has sought to be enjoined in the case pertaining property wrangles and succession by the Late Fidel’s widow Lwam Bekele and the Odinga family.

According to Akinyi, her intentions to be enjoined in the case are to make the records straight by giving an account of her stand in the matter.

Through her lawyer John Sakwa, Akinyi filed a certificate of urgency at the High Court confirming that she is the biological mother of the twins believed to be sired by Fidel, adding that it was of her interest and that of her children to be apart of the case so as to represent their interest.

READ ALSO: Fidel Odinga Sired Twins With Secret Lover Before He Died, Ida Odinga Reveals As Her War With Daughter In Law Gets Nasty

Akinyi said that failure to be enjoined will put her and her children in a bad state as the lives of the two minors, a boy and a girl would be most affected.

“The petition is marred with ill will and malicious motives, creating a tussle with the deceased’s widow on one side and the deceased’s mother and siblings on the other. The interested party and her children have been left in between owing to her seeking to be enjoined as an interested party to clear the air and give her position on the same,” said Swaka.

Akinyi has termed the court battle started by Ida as malicious, raising interest about what she tells the court https://t.co/ajMIANKwIw

This follows the directive by the High Court judge to have the DNA tests conducted on the twins believed to be Fidel’s to give certainty on whether he was the father.

Ida Odinga and Fidel’s Widow Lwam Bekele have been engrossed in a court battle where the latter wants to be the sole administrator of the late Fidel’s estate.

Ida had filed a petition to block Fidel’s widow from being the sole administrator in her late son’s estate.

According to Ida who is against the move by Lwam, there are other parties interested in the case, as she disclosed that Fidel sired twins by another woman hence they are entitled to his property and be part of the beneficiaries.

The colleagues who worked with Akinyi affirmed that Fidel had made transactions with them although they were not certain of the relationship that existed between the two.

“We do not know if Fidel actually had a relationship with Akinyi and whether the twins are actually Fidel’s,” Akinyi’s colleague at the Forex Bureau said.

Akinyi, managed a forex Bureau at Adams Arcade and sometimes at Warwick Centre in Gigiri, a place where the Late Fidel used to transact through M-Pesa and exchange money at the bureau.

READ ALSO: How Dead Beat Dads Have been Cornered With a 45 Minute DNA Test kit.

The details of the case were ugly as Lwam through her lawyer explained to the court that the twins were born six months after the death of Fidel, ideally adding that their birth certificates did not bare the paternity names hence unable to prove that the late was the father.

However, she made it clear that if the DNA tests were conducted and the twins found to be her Late husband’s , they would be included in the succession as part of the beneficiaries.

“In the birth certificates attached to the affidavit in support of the cross-petition, there is no indication of the father of the said minors. The said birth certificates do not thus prove paternity of the minors,” Bekelle said.