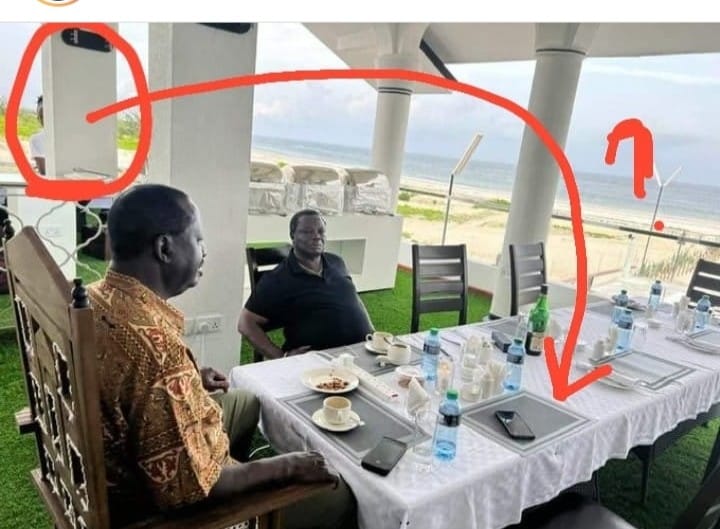 ODM leader Raila Odinga arrived in Mombasa on Tuesday for a three-day vacation.

According to Raila, doctors ordered him to take a one-week leave to regain the energy after engaging in active politics for three consecutive days.

Speaking to a local publication in Mombasa where he has taken a three-day vacation, the ODM party leader Raila Odinga put the records straight that the Coastal three-day tour was not associated with any political engagement.

“I’m in Mombasa to rest for three days. I’ve not held any meetings today. I was advised to rest after Kasarani. After the three days, I will talk to different people and groups” he said.

Having a cup of coffee with Baba, @RailaOdinga, at my Bofa Ocean View Home in Kilifi. Wonderful reflections. pic.twitter.com/tYM3U8WUpf

In a recent photo shared of the politician relaxing at the beach with Francis Atwoli, Kenyans, however, noted a woman hiding behind a pillar during the photo session sparking a lot of mixed reactions.

It’s not clear why the woman, who might have been sitting on the table before the photo session, ran to hide.

A lot of theories have been thrown around since the photo went viral.

While some argued the two wazee were with their side chicks, others said that the woman didn’t want to be in the photo because she’s married.

Others claimed she’s an employee at the place and didn’t want to be in the photo.

This shows that u r mistreating your employees. You are mistreating the hustlers. pic.twitter.com/4Bx0G5lJn7 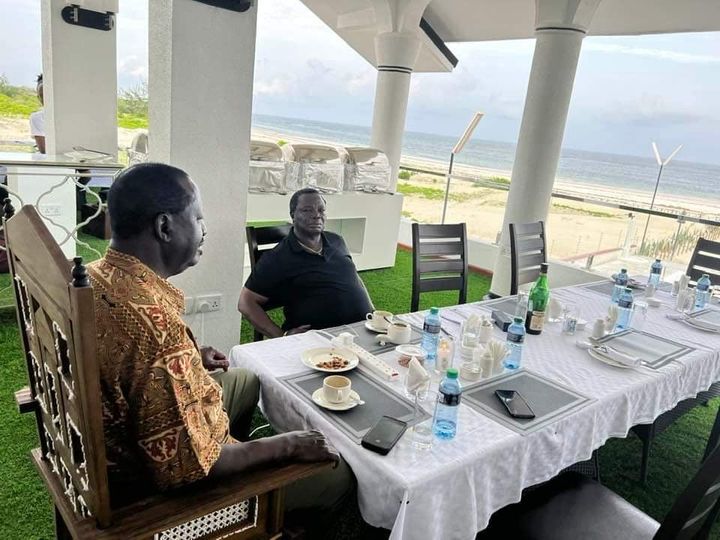