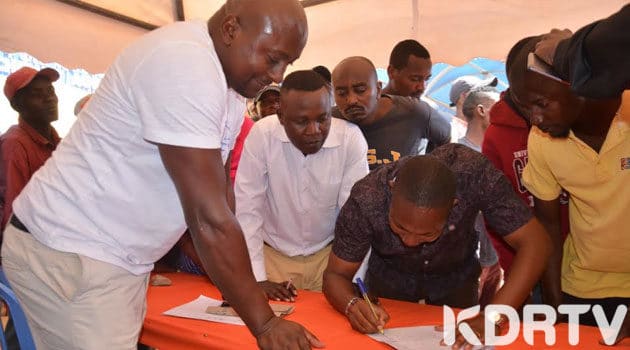 Members of National Assembly form Taita Taveta County have declared their support for Governor Granton Samboja`s bid to dissolve the county over a rift between the Executive and the County Assembly on the 2019/20 budget.

The lawmakers led by Senator Jones Mwaura accused the Members of County Assembly (MCAs) of sabotaging the county`s development agenda by undermining a public-participation-based scheme.

“It is worrying that without public participation, the County Assembly submitted in its budget estimates to the County Executive development projects that failed to capture the most pressing development such as healthcare and food security that our county is grappling with,” said Mwaruma.

“We hereby welcome the move by Governor Samboja of seeking the help of our people in restoring order and dignity in the affairs of our County. We collectively support the governor’s petition of seeking the dissolution of the county; we salute this courageous move by the governor, and we call upon President Uhuru Kenyatta to set a precedent by forming a tribunal that will see the dissolution of the county.” He added.

Wundanyi MP, Danson Mwashako accused the MCAs of engaging in politics forgetting that they were elected to serve the interests of the residents of Taita Taveta residents.

“We would rather lack services for 3 months but make sure everyone knows what they need to do. We have told those MCAs time and again that their role is to oversight and not undertake projects. They should ensure that the money allocated to the executive is well utilized for the benefit of the residents,” said Mwashako.

Governor Samboja initiated the signature-collection move on Tuesday after he refused to sign a budget estimate by the County Assembly.

The County Assembly and the Executive disagreed over sh.56 billion budget for this 2019/20 financial year, which Governor Samboja declined to sign.

“I have today decided, in accordance to the constitution, to call all county residents to petition President Uhuru Kenyatta to dissolve the county of Taita Taveta to give us a fresh start,” said Samboja during a media briefing at his Wundanyi office.

The County boss accused the MCAs of slashing the county budget estimates for services thus denying the county government a chance to execute its development strategies.