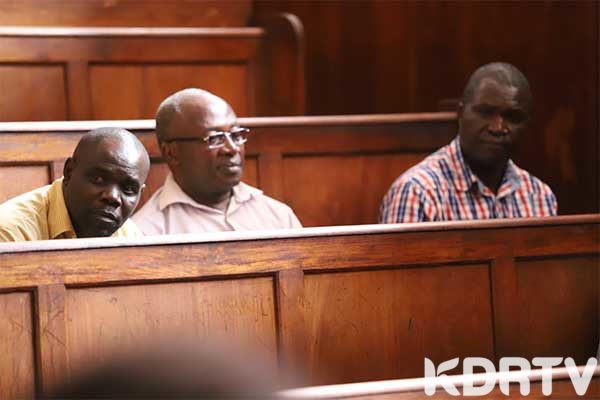 It was mystery in Nakuru County as the police yesterday found six executive seats stolen from Nakuru State Lodge in a hotel owned by a senior county official. According to reports, the chairs went missing between October and November last year.

“It is suspected the chairs were stolen from State House and some found their way to a hotel owned by a top official working in the county government,” a detective officer said.

During the raid, officers visited the hotel located on Nakuru’s Kenyatta Avenue where the chairs were recovered and later went to the official’s home. Confirming the incident, Nakuru OCPD Samuel Obara said 60 executive chairs had been stolen, but managed to recover only six out of the 60; adding that the police had been working with detectives after the crime was reported to make sure the chairs were found and those behind face the law. “We raided the hotel after getting information that some of the missing chairs were at the hotel,” said Obara.

Following the operation, the hotel’s manager was also arrested and taken to Nakuru Central Police Station for interrogation where the OCPD said the disappearance of the chairs from a place of high security was a mystery and that they had started investigations into the matter.

However, he was not willing to give more information about the incident, saying it would tamper with investigations terming the matter as sensitive. “Sixty chairs went missing from the State Lodge in Nakuru and we are investigating how they ended up at the hotel,” he said.

Additionally, the police boss added that issues concerning State House were sensitive and security officers could be implicated in the matter because the place is highly-guarded. Further saying that a brief on the crime was expected to be handed to police headquarters in Nairobi who would later address the media.

“This issue is sensitive and should be handled with care, that is why police headquarters will brief you,” he said.