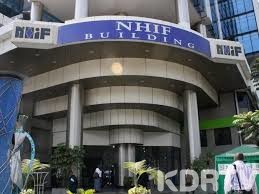 The National Hospital Insurance Fund (NHIF) has extended the contract for provision of comprehensive medical cover for the National police service, prison warders and civil servants.

In a memo to all police bosses in the counties, the medical insurance provider agreed to extend the cover for three months.

This means that the officers and civil servants will go on enjoying the medical covers as from April 1, 2020 to June 30 when they will have to seek other options.

“The contract with NHIF has been extended for three months from April 1, 2020 or until when a new contract is signed whichever comes first,” the memo read in part, adding that the officers should be made aware of the new progress. 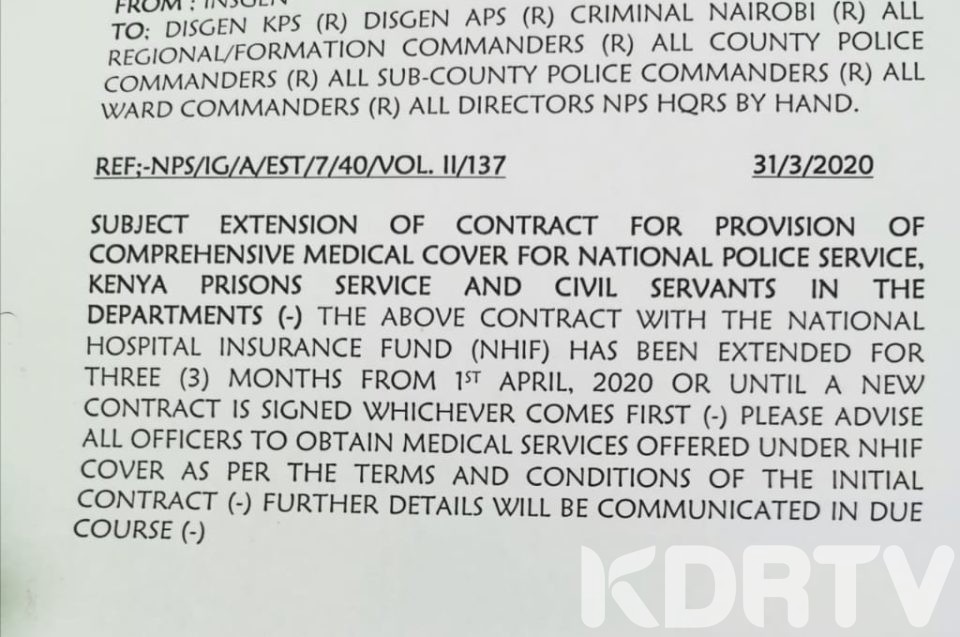 This comes exactly two weeks after NHIF through the acting CEO Nicodemus Odongo announced that the contract between the officers, civil servants and NHIF was to end on March 31, 2020.

This forced NHIF to finally bow to the restrictions of the law and terminated the comprehensive medical cover that it was issuing to the three groups.

Currently, there is a debate whether NHIF which is a state corporation, should be allowed to engage in commercial insurance despite the fact that it is not registered as an insurance provider under the Insurance Regulatory Authority (IRA).