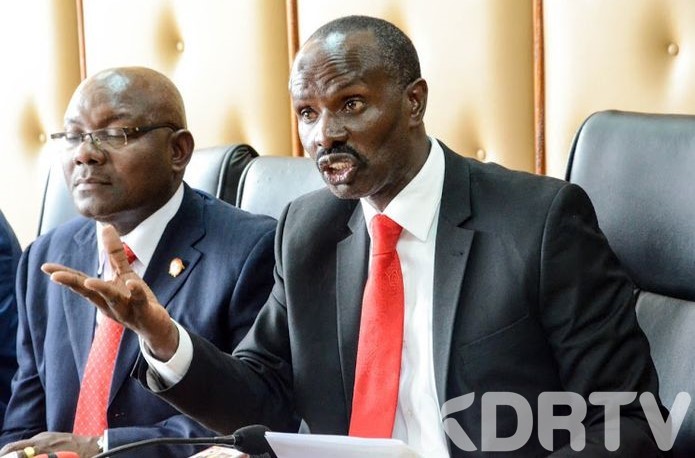 Kenya National Union of Teachers’ (KNUT) Secretary General Wilson Sossion has been a hard nut to crack, trending from orchestrating some of the largest country wide demos and strikes.

The SG has over the years garnered wide support across the country through his vocal and over protective nature.

The SC was however ousted out of office on Friday and replaced by Hesbon Otieno in an all-night struggle embattled with court orders.

The union members were aware that Sossion would not go down easily and plotted back up plans to ensure his eviction.

The SG’s  woos began after he was nominated in parliament forcing the Teachers’ Service Commission to deregister him on the basis of politics involvement.

However, the vocal man did not give in until a well-executed plan backed with intelligence was derived to have him out of office.

“All along we have been meeting, and we know him very well, Sossion is very predictable and we knew he would rush on the last minute to cancel that meeting he had called and that is what caused us to have the fall back plan,” said a senior official of the Union who was key in the effecting the plans.

Initially, the KNUT members and executives had planned to hold a meeting on Wednesday prompting those who were travelling from various places to start preparations.

However, true to their fears, by the time they were arriving in Nairobi for the planned meeting, Sossion had already obtained court orders to stop the meeting from taking place.

The embattled Sossion was a step ahead and served them a piece of their pie.

Little did he know that there was more than one plan to ensure he was out of office with the KNUT officials necessitating a different motion and calling for another meeting using a different agenda.

All this time, Sossion was kept in the dark unaware of the proceedings taking place with his close confidants deserting him.

The cancelling of the final meeting was met by a wild card and the Deputy Secretary General together with other officials organized a meeting and chaired it in absence of the SG.

The constitution of Kenya mandates that in the absence of the SG, the Deputy SC is allowed to chair meetings, and left with no more cards to play on the table he was ousted out of office through a dramatic exit.

One of the executives who was present in the meeting to oust Sossion revealed the challenges they had faced under his leadership.

According to him, Sossion had turned out to be a lone ranger fighting every decision and only serving his personal interests.

Embattled Kenya National Union of Teachers (KNUT) Secretary-General, Wilson Sossion, was thrown out of the union after a night meeting was secretly convened by officials on Wednesday, August 28.https://t.co/bojsQSy2vV

It is also alleged that he did not represent the grievances of the people and often fought them hence the reason as to why they found it reasonable to evict him out of office and find a replacement.

“KNUT members are suffering because we have not had a good labor relationship with all those who matter in Government and the TSC. He has challenged the actions of the Education Cabinet Secretary Magoha and they were always at loggerheads. The final blow was when he belittled the office of the President and fought anyone who represented it,” said a member of the executive.