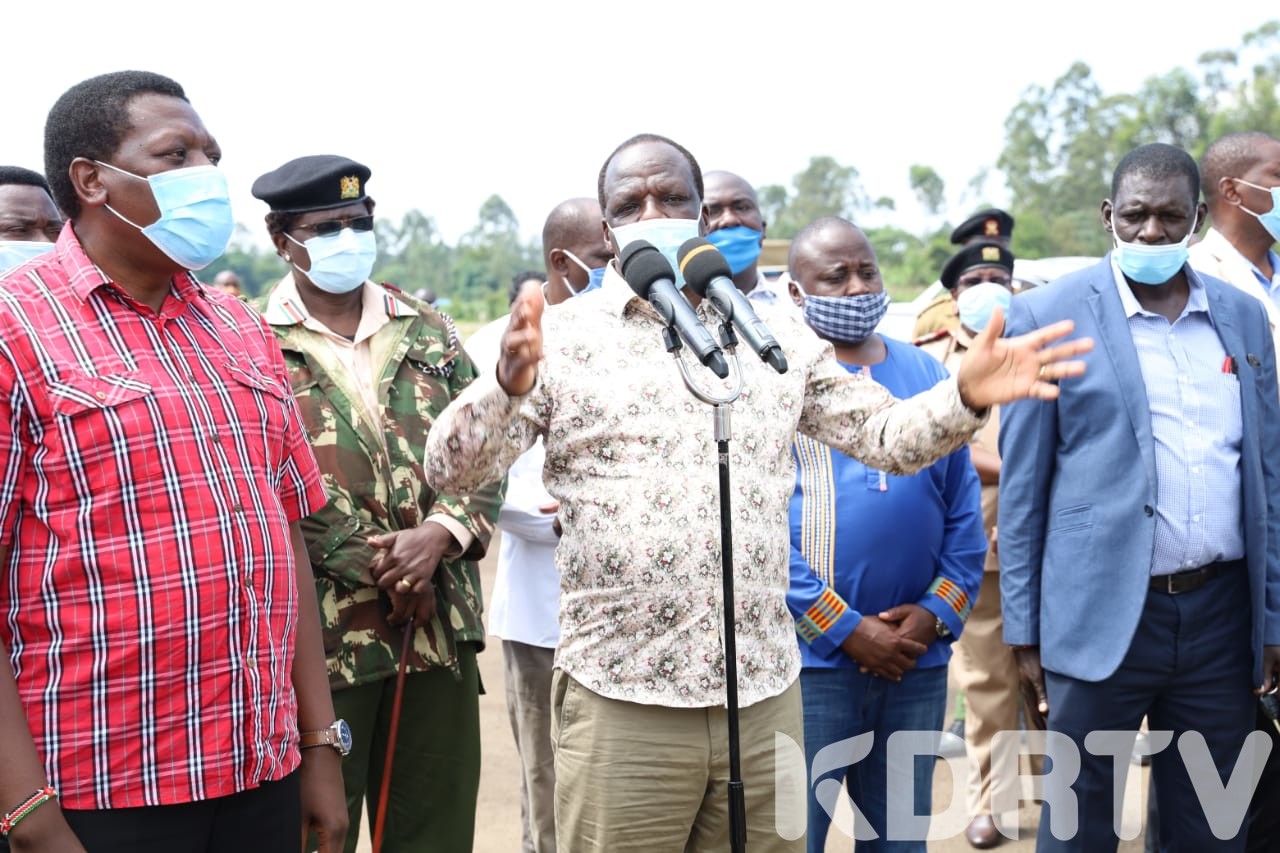 The two leaders, who were recently appointed Luhya Spokespersons by Francis Atwoli, visited Kakamega Airstrip to distribute food to flood victims in the County.

However, it turned out to be a sour visit as a group of youth welcomed them with chants of Ruto! Ruto! Ruto! The video of the chat was quickly shared on social media by former Kakamega Senator Boni Khalwale. Khalwale unsuccessfully ran for Governor in 2017.

Oparanya/CS Wamalwa reception at Kakamega Airport. I've said it. Kakamega is Ruto.
And that is final! pic.twitter.com/AZRUaoaSNy

He’s DP Ruto’s point man in Luhya Land. Atwoli has accused Khalwale of being driven by hunger and selfishness to Sugoi.

ODM’s Communication Director Phillip Etale was among the people who criticized Khalwale for hiring goons to heckle the two leaders.

Read Also: Echesa: Ruto is a General Who Has Abandoned His Troops

“My friend Bony Khalwale knows very well that Ulliam is not sellable in Luhyaland. He is aware of the underlying issues that are unsolvable. He spoke about em before joining him. Paying boda boda riders Ksh. 200 each to heckle CS Eugene and Gvn Oparanya is hogwash,” Etale said through a Tweet.

I would like Churches to be opened so that I can reunite with my fellow congregants after a very long time. H’ever, cornered Tangatanga wants to seize the opportunity to start spreading bad politics and propaganda. That’s the sad truth. Reason they want Churches more than schools

An undated video has also emerged online showing Khalwale distributing money to boda boda riders. Could these be the same riders who were heckling Oparanya and CS Wamalwa?

Kenyan politicians will show us things during this lockdown.