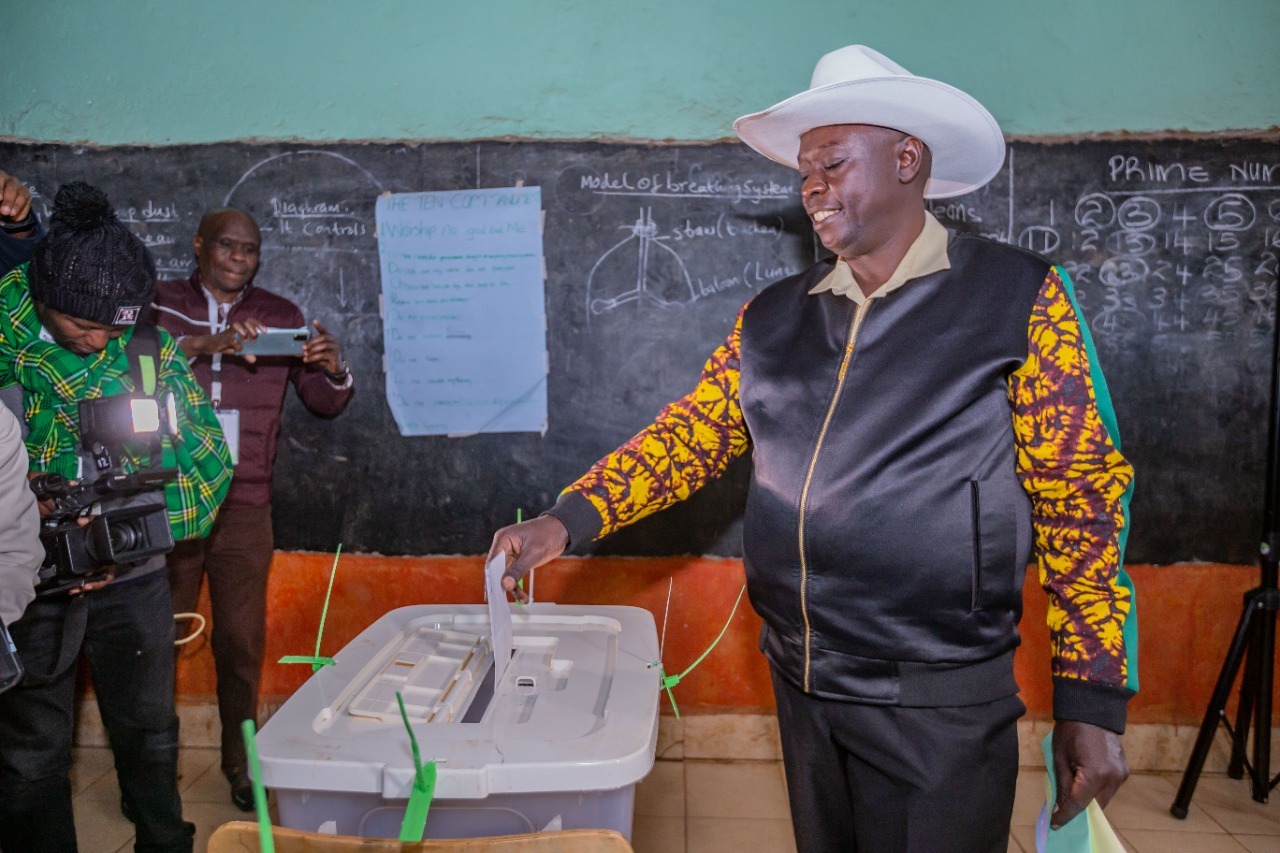 UDA’s presidential running mate Rigathi Gachagua had a rough time at the polling site after the Independent Electoral and Boundaries Commission’s (IEBC) KIEMS kits temporarily failed to identify him.

Rigathi, who arrived at Sagana Primary School as early as 7am, was eventually recognized after repeatedly wiping his fingers with a cleaning fluid, and he then cast his vote.

The Kenya Kwanza Alliance led by William Ruto has been advocating for the use of an electronic register.

The Court of Appeal Had on Monday temporarily halted the High Court ruling on the use of manual registers during Tuesday’s general elections.