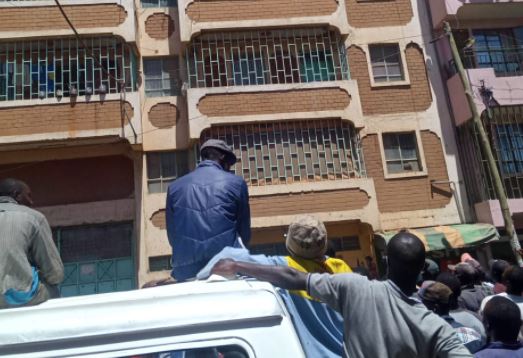 A woman is currently being held at Huruma Police Station following the death of a 45-year-old pastor who spent the night at her place in Huruma, Nairobi County.

According to the police report, Azaria Gordon is said to have checked in Jane Ongwati’s house on Sunday 17 only for him to be reported dead the following day by the woman.

Ongwati told police that the pastor has been visiting her for some time now for prayers and Sunday was not any different.

She further said the two have been friends for a while.

“The pastor has been coming here often when am there or when am at work. Besides being my church pastor, she is also my close friend and that is why he proffered coming to my house severally,” Jane said.

The pastor’s lifeless body was found lying on the floor of the woman’s kitchen with his mouth frothing with foamy saliva.

Ongwati is being treated as the main suspect in the murder after some residents claimed that two other men had died mysteriously in her house.

According to neighbors, one man had lost his life in the house after being beaten to death in a confrontation.

The pastor, however, had no body injuries or marks indicated that there was no violence used.

“We will find out the root cause of his death after conducting autopsy. We can’t unravel it for now,” one of the police officers’ said.