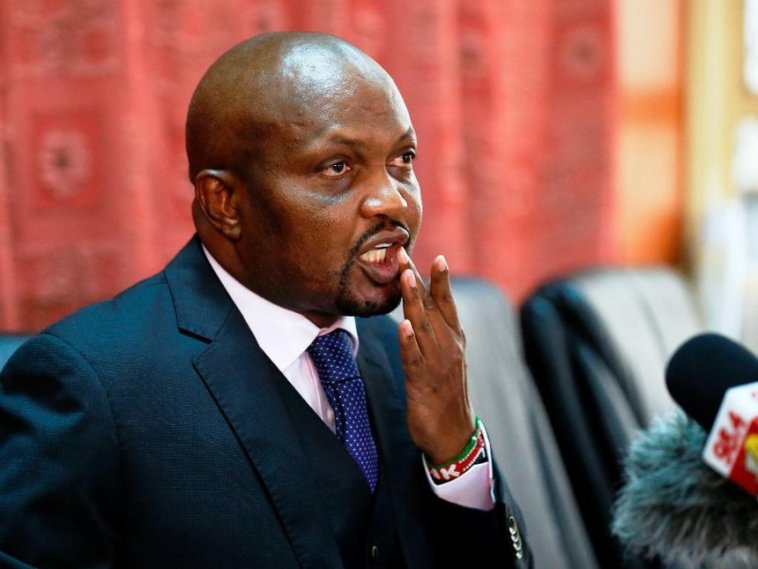 The two parties are affiliated to hustler nation and were expected to clash in the mini-poll since both of them fielded their candidates.

However, KDRTV has verified that Moses Kuria had insightful talks with the Deputy President William Ruto and they agreed on fielding one candidate on the UDA party ticket.

READ ALSO: Ruto: My Government Will Not Borrow, To Focus On Saving

“Yesterday I held extensive discussions with my boss and friend William Ruto on this matter. To make my two colleagues happy and above all for the unity of the Hustler Nation, PEP will not be fielding a candidate for the Kiambaa by-election,” said Kuria.

KDRTV understands that UDA had fielded John Njuguna as its candidate while PEP staged Raymond Kuria.

The scope of the mini poll heated up after the two candidates took on each other fiercely.

Moses Kuria was set to find out the strength if his party after his candidate won the recent Juja polls.

During the poll, UDA backed up the PEP candidate in the Jubilee stronghold

Moses Kuria had promised to support the presidential bid of the Deputy President William Ruto.

The emergence of new parties that in one way or the other had roots from the Jubilee party is revealing the rift that is expanding in the ruling party.

It is not known how the Jubilee party will sweep it house and stand up again against other parties in the 2022 polls.