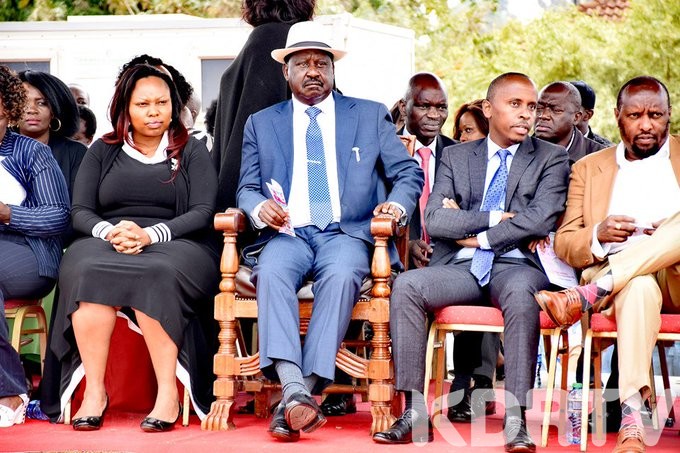 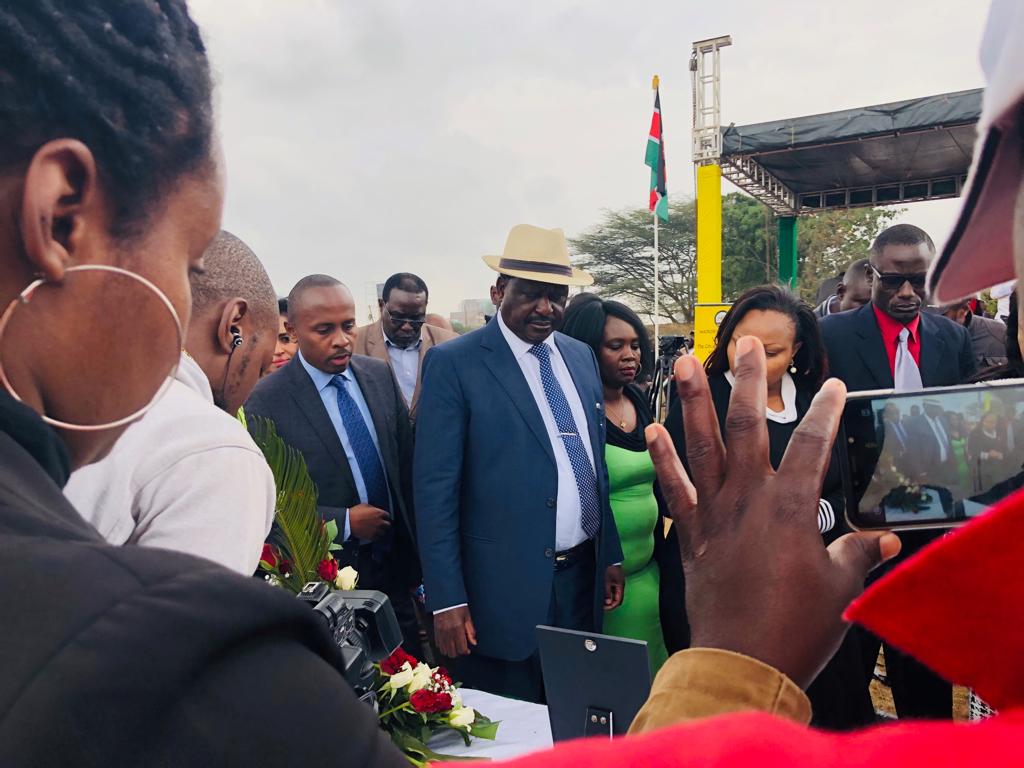 ODM leader Raila Odinga and Jubilee candidate in the Kibra by-elections, MacDonald Mariga were among the hundreds of mourners that turned up for the requiem mass of the eight Precious Talent School pupils who perished on Monday.

A sombre mood engulfed mourners, as they took glimpses of pictures of the deceased pupils that were placed on tables covered in white and green linen adorned with wreaths of roses.

The pupils mourned their schoolmates who left a void in their families and the nation at large.

Organisers of the mass said they could not display caskets of the pupils due to the nature of the tragedy. The bodies are lying at city mortuary and are to be handed over to the families later on Friday.

The pupils died after a classroom collapsed on them, killing eight and leaving 65 others injured.

The owner of the school Moses Ndirangu was however not present after he was arrested on Thursday over the tragedy. It is alleged that he had constructed the building using chicken wire mesh.

Its unfortunate to lose as a country, such promising kids given that they met their death while doing what they were supposed to be doing – learning.
My condolences go out to all the parents and affected families. #PreciousTalentSchool

On Friday, Ndirangu was detained for 15 days to allow for investigations into the matter.

“Death of a single pupil is catastrophic. Thorough investigations need to be conducted,” she said.

Magoha has also ordered the closure of Greenfields Academy in Kwale County over poor infrastructure.

“Umoja public school has wonderful buildings, enough water, teachers are there and it has excess capacity that can absorb all those children from Greenfield academy,” he said.

Noting that crackdown on illegal structures will continue countrywide, Magoha said 1,500 officers from the ministry are checking buildings in schools.