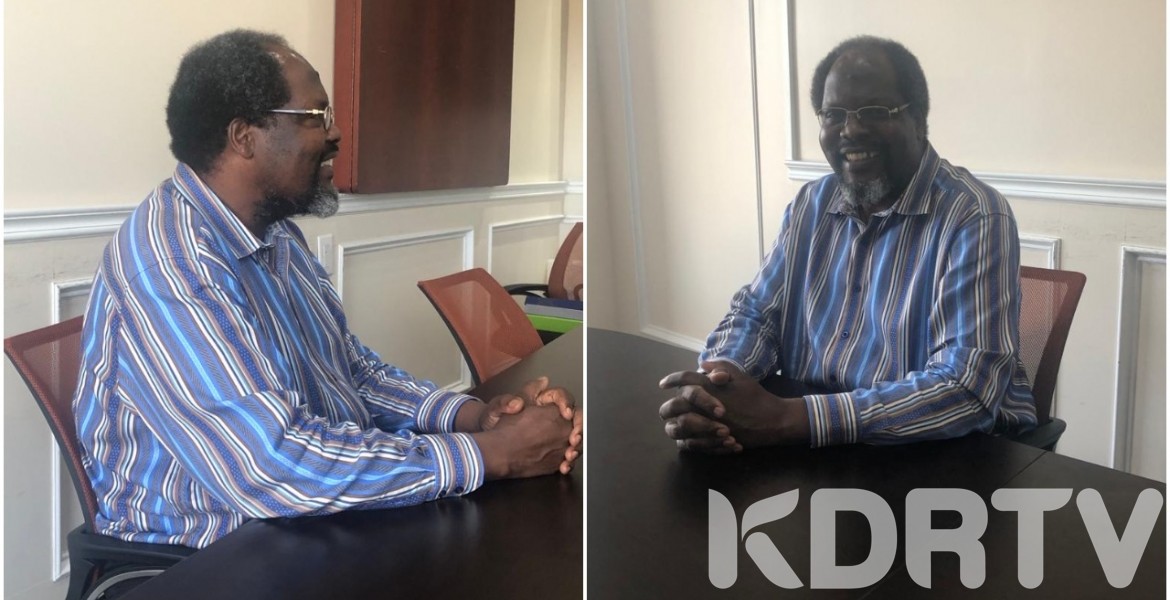 Miguna who posted the pictures in his twitter account said he did so to fulfill the promise he made to “despots and their zombies” who have been demanding to see her head.

“Promise Made, Promise kept. Despots and their zombies have been demanding to see my head. Here it is. I celebrate Hezekiah Ochuka Raballa Day- August 1st – and join his family in demanding the location and the exhumation of his remains for a proper burial, ” Miguna wrote a caption to the photos. Miguna who was extradited to Canada in 2018 has always been appearing in public wearing the cap and many Kenyans have been wishing to see him without it.

The photos of Miguna Miguna sparked mixed reactions on social media attracting 1.5 k likes and over 300 comments and retweets in less than two hours.

Miguna`s attempts to return to Kenya have been thwarted several times by the Kenyan government; recently, the government issued a red alert on him barring international flights from bringing him back home

The Kenyan government has maintained that Miguna Miguna lost his citizenship when he became a Canadian something that the Kenyan high court seemingly criticize.