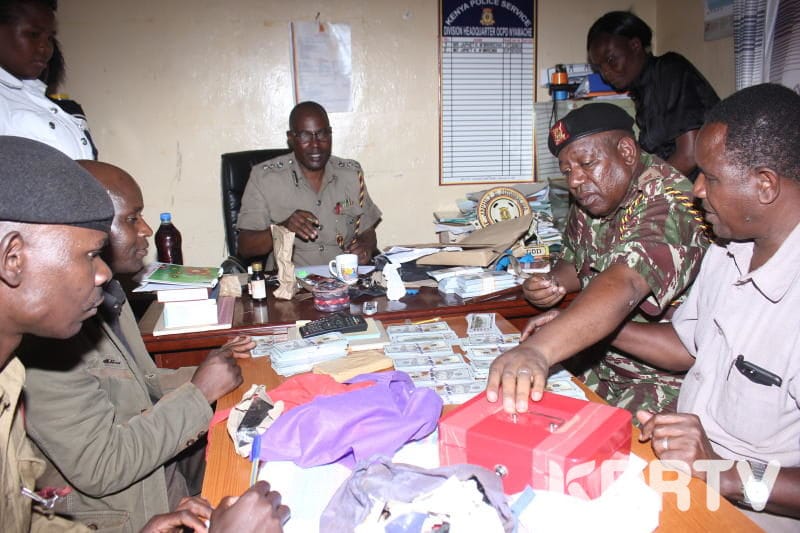 Residents of Magera, Bomachoge Borabon Kisii expressed their disappointment in the police by attacking a police post yesterday night after common criminals killed one person.

The raid was done by a crowd of 500 youths who vandalized the station forcing the officers on duty to seek refuge at nearby Kiango GSU camp and other nearby police stations.

The locals, 7 p.m on Saturday, had barricaded the Kisii – Kilgoris road and engaged the police in running battles, protesting on the laxity of the police due to the high number of unresolved murder cases.

READ ALSO: Man jumps on plane wing before take off

“We want a meeting to solve the issues that affect us. Insecurity in this area is worrying and action must be taken as soon as possible,” said a local.

The deceased body was found about 500 meters away from the police station on Saturday morning but the police accused unknown suspects of dragging the body there.

Area Assistant County Commissioner Mwele Ngao said the police were doing their investigations on the killing.

“Our people should remain calm and allow police to investigate the issue. Eventually, the culprits will be arrested,” said Ngao.