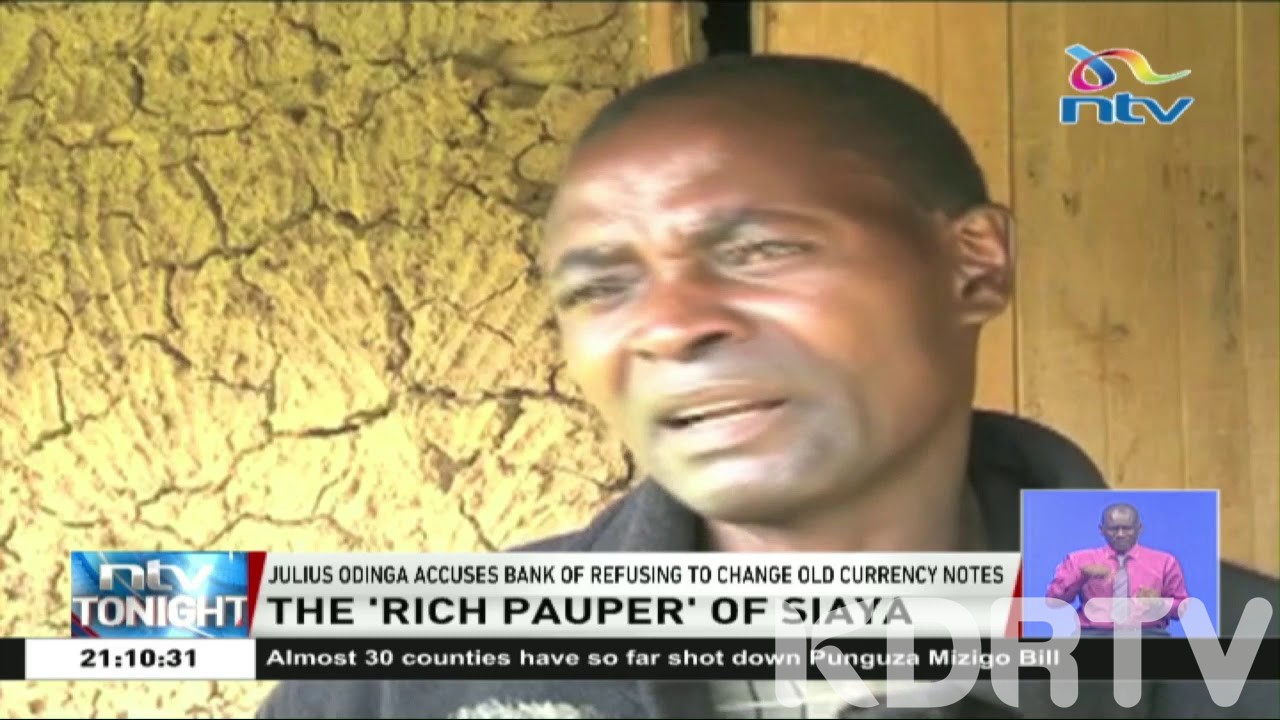 A man in Sirondha village, Siaya County is in tears after failing to convert Ksh 500,000 0f old one thousand notes before the September 30 deadline.

60-year-old Julius Odinga has made two trips to the Central Bank of Kenya, Kisumu branch to convince them to exchange his money, which he says was part of his retirement package but it has all been in vain. He now remains with his worthless money, tucked under a mattress.

Odinga is a retired mechanic who worked at Brook Bond Kenya Limited in Limuru. His employer paid him a considerable amount of money as part of his retirement package.

On June 14, just two weeks after CBK had issued a deadline for the public to return the old notes to their banks, Odinga withdrew KSh 200k at an Equity Bank Branch in Siaya Town. He returned to withdraw 300,000 one month later on July 16. It is not clear why the bank couldn’t give him the new currency which was already in circulation.

But trouble started when he went to a hotel a few weeks ago and was told he couldn’t pay his bill with the old notes.

“I went to a hotel and when I tried paying for the meal with a thousand shillings note, they refused and told me the currency is no longer being used,” said Mr Mboga.

Mr Odinga, who does not own a mobile phone, said that he did not return his money to the bank on time because he was misled by a CBK reminder.

“When you look at the newspaper, the reminder stated that ‘Take the thousands of shillings to the bank ‘no’. (He misread the last word ‘now’). Up to now, these people have refused to exchange my notes,” said Mr Mboga.

However, his family has a different version of what transpired. They said neighbours and bodaboda operators misled Odinga into not surrendering the money in time.


Odinga hopes CBK will hear his cry and allow him to exchange the old currency. For now, he has acquired the name rich pauper in the village.

Early this month, CBK announced that at least KSh 7 billion was not returned to the bank before the September 30 deadline.