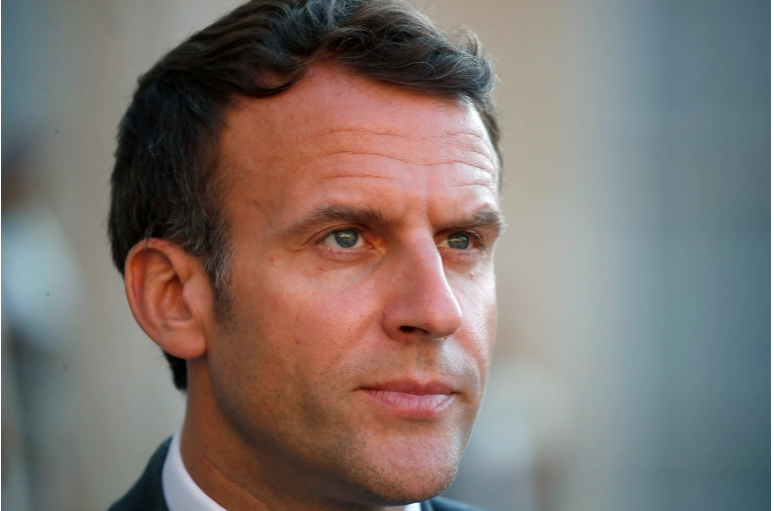 KDRTV NEWS: French President Emmanuel Macron was slapped in the face while greeting a crowd in the southeast of the country.

The President blamed ultra-violent individuals for the incident.

“I am doing fine. We must put this incident, which I think is an isolated event, into perspective,” he told the Dauphine Libere newspaper.

President Macron was slapped in the face while taking a walk in Southern France.

The President said he was not aware of the reason why the man slapped him on the face.

In the video making rounds on social media, a man dressed in a green T-shirt, with glasses and facemask could be seen slapping the President who is in a white shirt.

KDRTV understands that so far the man alongside another one has been arrested for interrogation.

During the incident, President Macron’s security details acted quickly and handled the President away while others pinning the suspect to the ground.

The identity of the man and his motives remained unclear.

The man could be heard shouting “Montjoie Saint-Denis” which KDRTV established as the French armies` cry when the country was still under the monarchy.