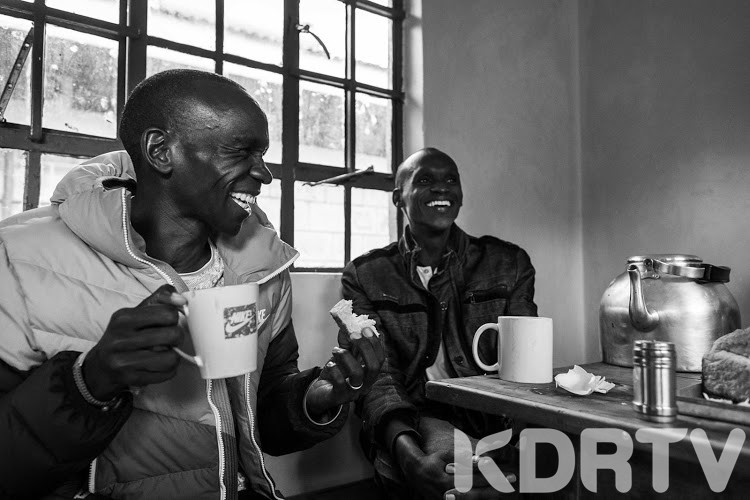 World Record holder and renowned marathon winner Eliud Kipchoge received a very satisfying call on Friday evening from The president, in a bid to wish him well ahead of the marathon race.

President Uhuru is said to have made the call, fired Kipchoge’s spirits and made him more determined to break the world record of accomplishing the race under two hours.

Close sources have indicated that the Kipchoge is more psyched up than ever before, with the presence of Deputy President William Ruto, millions of Kenyans who have vowed to stand by him and on top of the list President Uhuru’s support.

Kipchoge had tried it two years ago in Italy and missed by 26 seconds, adding that he is more prepared and has learnt a lot from the previous fail.

GOODLUCK : President Uhuru call Fires up Eliud Kipchoge as He attempt to run marathon under two hours
A feat of spectacular proportions will unravel in Vienna, Austria, this morning. pic.twitter.com/TyJGmJVwbY

“I learnt a lot from my previous attempt and I truly believe that I can go 26 seconds faster than I did in Monza two years ago. It gives me great pride to accept the challenge presented by INEOS. I am very excited about the months of good preparation to come and to show the world that when you focus on your goal, when you work hard and when you believe in yourself, anything is possible, ” he said during an interview.

The organizers of the event have said that the event is well planned and scheduled, outlining the expected times for the commencement.

Following the task ahead, Kipchoge was involved in a light work out during the morning hours and was allowed to take a rest in the room that had been booked as he awaited the event.