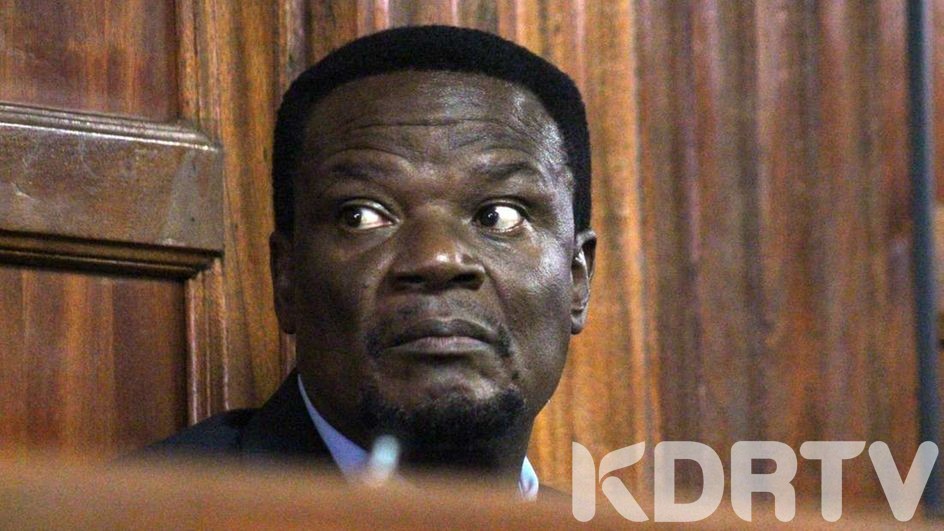 First one the line is the Sirisia member of Parliament John Walukhe and his Co-Director who is also the mother to former Cabinet Secretary Ms. Wakhungu  a Co-director to a company known as ERAD LTD, they co-own with Waluke and were found guilty in the maize scandal worth over Kshs. 300 millions which they allegedly received from the  National Cereals and Produce Board a state agency.

Senior Resident Magistrate, Elizabeth Juma, found the duo guilty and are due for sentencing on Thursday 25th of this month. Mr. Walukhe was carted away to Kileleshwa Police station as directed by the Magistrate pending their sentencing.

Their Lawyer argued in court that the duo had bail terms still in place but the magistrate overruled the prayer telling him that immediately the guilty plea was read their bail terms ceased to be effective and ended in earnest.

The Mr. John Waluke who is Member of parliament of Sirisia Constituency, in Bungoma County, has become the first culprit to the corruption purge which is driven by President Uhuru  and backed by the Chief Justice of Kenya, David Maraga Kenani.

They are accused as co-directors of Erad Suppliers that on separate dates in 2004 presented forged Invoices before the Arbitration court and received orders to be paid Kshs.314 Million which the court has now found out to be all forgeries but they argued that they lost business through the cancellation of tenders and ought to be compensated.

They claimed that they were partners with a South African firm by the name Chelsea Freight who also lost in the deal.

The National and Cereals Produce Board cancelled the tender because they couldn’t supply the Emergency relief maize during that period but went to the Arbitration court and were awarded the said amount totaling to Kshs.314 Millions.